Frozen in the ice 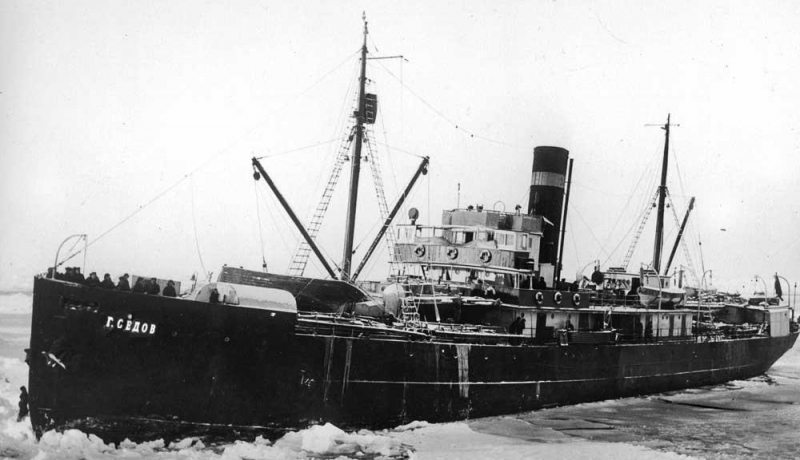 In the autumn of 1937 in the Arctic ice froze almost the entire Soviet fleet of icebreakers. Put on the winter caravan powered icebreaker “Lenin” was made by ice in the middle of the Laptev sea, hourly risk of being crushed by ice. Caravan of the ice-axe “Litke” wintered in the Vilkitsky Strait. A group of timber frozen into the ice near the island of Dixon. Several ships were in the ice near the Bay Quiet. Wounded ice “Krasin” wintered in Noordwijk.

Court went to the aid of stranded and fell into the trap themselves. So it was with “Georgy Sedov”, “Sadko” and “Malygin”. Efforts were in vain: punched icebreakers channels were immediately frozen. I had to get up for the winter. So on October 23 began the legendary drift, which lasted 812 days.

“Drifting ice and formed a town,” wrote Konstantin Badigin (second assistant on “Sadko”, in the process of drift became the captain of “Sedov”). — Next to the Villa steamers grew up ice houses, tents hydrologists and magnetologic… were Quickly trodden trails connecting the ships.” Much depended on how to put a ship in the winter — not to get on the line of compression of the ice (so at one time died “Chelyuskin”). Best of all arose Sadko — a natural lagoon among the fields of ice, surrounded by massive ridges. But “Georgy Sedov” one of the grips damaged the rudder is a ship lost the ability to control.

Initially the leadership of the expedition to hide the true causes of stimulated hut to spread the rumor about the search of Sannikov Land, which in 1811 “saw” on the North shore of the island Kotelny high ground, to which he tried to come on the ice. Since then, her many searched for, but was not able to detect. The truth, however, the explorers still had to open later.

Three drifting ships were 217 people: sailors, scientists and interns from the Hydrographic Institute. Of course, the ships soon left Moscow three aircraft. I must say that the pilots made three pretty bold flight to the drifting polar explorers and were able to deliver to the mainland 184 people. The remaining was supplied with provisions and warm clothing.

All April 1938, cruising from Tiksi on the ice, the pilots Pavel Golovin Anatoly Alekseev planes took out wintering. “Sadko” from ice captivity was released in the autumn “grandpa icebreakers” icebreaker “Ermak”. But “Georgy Sedov” to tow has failed, the icebreaker left for a second winter.

Only in January 1940, the crew had a chance to return to the mainland: to drifting the steamer approached the icebreaker “Joseph Stalin”. To speed up the release of the vessel, had to lay in 2-3 meters from the hull of the charges, the explosions shattering the five-meter ice under the stern. Finally, on 13 January, the Savior and salvation stood side by side and “Sedov” was brought out.