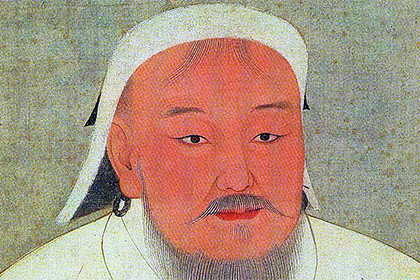 Genetics from Mongolia and South Korea have found that Genghis Khan had European roots. They conducted a genetic analysis of the bodies found on the territory of a coal Deposit of Tavan Tolgoi are owned by family members of the founder of the Mongol Empire. The results of the research of scientists published in the journal PLOS ONE.

To determine the relationship between people who belonged to the remains found, researchers examined the genetic markers in the mitochondrial genome — single-nucleotide substitutions and mutations affecting repetitive DNA fragments. In addition, it was investigated the hereditary material in asexual chromosomes (autosomes) and Y-chromosomes.

It is established that family members belonged to haplogroup R1b-M343, a group of people with common ancestry and reside mainly in Western Europe and in the southern Urals. Thus, in spite of Mongoloid appearance, relatives of Genghis Khan, also had European roots. Scientists believe that the Khan of the Mongol Empire also belonged to haplogroup R1b-M343, but not to C3c-M48, which is common in Asia and was thought, was related to the Imperial family.

Researchers believe that people whose bodies were found in Tavan-Tolgoe, could come from marriages between the dynasty Borjigin (born, which belonged to Genghis Khan) and the clans Ongood or Hangered.