Gold in the mythology of humanity 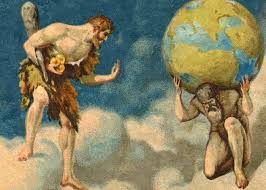 Gold among people in the ancient world has always had a special meaning. In myths and legends, gold has become the most common metal, the constant companion of the gods. Most often, ancient people associated gold with wealth, power and strength. Myths tell of numerous symbolic objects made of gold.

It is characteristic that among many ancient peoples of the Earth, gold has always been compared to the Sun. Ancient Egyptian myths have come down to us that gold came from the Sun, which long ago poured onto the Earth in golden raindrops. For the ancient Egyptian, the symbol of the Sun was a golden calf, which Nut, the goddess of the sky, gives birth to in the early morning. By noon, this calf matures and becomes a bull – the embodiment of the god Ra. Late in the evening, the goddess Nut swallows the solar bull, and in the morning gives birth to the golden calf – the Sun.

An interesting legend is the exodus of the Israeli people from Egypt. The ancient people of Israel, having received freedom and leaving Egypt, had with them a lot of gold, accumulated and stolen before leaving. Later, this gold was used to cast a huge statue of a golden calf, which became an idol for the fugitives. It was since then that any gold object depicting a calf began to be considered people – a symbol of wealth.

People still admire the legendary exploits of Hercules – the son of Zeus and a mortal woman. Completing his twelfth feat, Hercules had to get three golden apples that grew on a golden tree. These golden apples grew at the end of the earth in the garden of the titan Atlanta, who held the firmament on his shoulders. Having fulfilled this most difficult and last order of the king Eurystheus, Hercules finally got freedom.

In an ancient Greek legend, King Midas asked the great god Dionysus to make everything he touches turn into gold. But he did not enjoy this wonderful gift for long. Soon, Midas realized that he could starve to death, as the food in his mouth was also turning gold. Frightened, he asked God to take back this insidious gift. Dionysus ordered Midas to bathe in the headwaters of the Pactola River, thereby washing off this gift and his guilt from his body.

Since then, this river has become very rich in gold. The ancient myths tell the story of the Golden Fleece in different ways, which almost every inhabitant of the Earth probably knows or has heard. The Golden Fleece has become a symbol of prosperity and prosperity for the inhabitants of Colchis (the eastern coast of the Black Sea). He was guarded in a secret grove by a huge and ferocious dragon. The ancient Greek hero Jason, led by other heroes of Hellas, managed to take possession of the Golden Fleece and take him to Greece.

The ancient Incas associated gold with the sun god Inti, who was usually depicted as a golden disk. In Inca mythology, the legendary Inca Manco Capac threw a golden rod at his feet and when it was swallowed up by the earth, he founded the city of Cuzco in this place. The first ruler of the Incas, Manco Capac called himself and his wife Mama Okllo – children of the sun god Inti.

The god of thunder and storm Thor, in Germanic-Scandinavian mythology, had a golden magic hammer. With his help, he protected people from giants and monsters. His wife Siv, the goddess of fertility, had very long golden hair forged by dwarves. In Irish folklore, a mythical creature is described – the leprechaun.

This small, stocky man looks a bit like a gnome, but is dressed in all green. Legend has it that every leprechaun has a pot of gold. A person who has caught a leprechaun can easily make him show the place where he hid his treasure. You can find out where the pot of gold is kept by talking to the prisoner without taking your eyes off him.

The ancient Slavs knew the goddess of peace and silence – the Golden Baba. The amazing and mysterious gilded idol is still worshiped in the north of Western Siberia by the peoples of the Khanty and Mansi.

These people believe that they are helped by a goddess who lived in Siberia many hundreds of years ago, and after her death turned into gold. The hunt for the Golden Woman continues to this day, some are looking for a priceless mythical relic, while others are just gold.