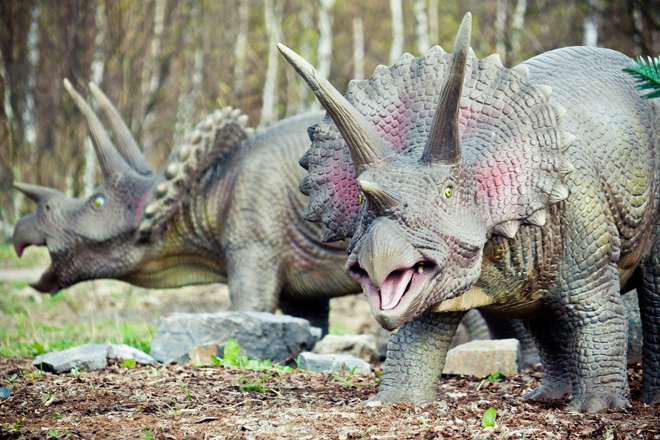 Despite the reputation of strictly herbivorous animals, some giant dinosaurs also eat crustaceans. This is reported in a new paleontological study, the results of which are published in the journal Scientific Reports. Scientists have found pieces of shells of crustaceans in petrified dinosaur feces.

“We do not deny that these dinosaurs were herbivores, but the diet of dinosaurs was more diverse than is commonly believed,” said Karen Chin, one of the authors of the study and curator of the department of paleontology at the Museum of Natural History of the University of Colorado at Boulder.

Apparently, the diet of most dinosaurs was varied. Chewing teeth and wide jaws of the found fossils testify that the ancient lizards ate foliage. At the same time, traces of bites on the bones of other animals indicate a predilection for predation. The structure of the body of dinosaurs allowed them to feed on foliage at a fairly high level – approximately at the level of a giraffe. But still, valuable data on the diet of dinosaurs is very small, since the fossil remains of stomach contents of these animals are extremely rare.

To fill the gaps in knowledge, paleontologists compared herbivorous dinosaurs to modern large herbivorous animals – elephants and hippos. Elephants eat only fruits and grass, hippos are also considered for a long time exclusively herbivorous. However, in 2015, during a study of a single hippo population in Zambia, it turned out that these giants do not disdain kangaroos, flamingos and other birds and smaller animals.

Karen Chin calls fossilized feces of dinosaurs a special term – coprolites. In Utah, Chin discovered both small coprolites and the remains of a “public restroom” – a large congestion of coprolites, too large for one animal. In the state of Montana, the volume of some coprolites was equal to seven liters – the volume of one elephant defecation.

Once Chin found pieces of wood in coprolites. The scientist suggested that dinosaurs could mistakenly bite the bark of trees, trying to get foliage or nuts, because the wood is not very nutritious. However, there was too much wood in coprolits: then Chin suggested that dinosaurs ate soft rotten wood. Chin continued the search for rotten wood in dwarf coprolites, but stumbled upon something more interesting. At first, she suggested that it was an egg shell. During the analysis of coprolites it was found out that unusual particles are not shells, but pieces of shells of crustaceans. It’s impossible to say exactly what kind of animals they were. Perhaps the land analogues of modern lobsters or sea crabs, only larger ones.

Why herbivorous lizards suddenly chose crustaceans – it’s unclear. Karen Chin, suggested three versions. According to the first, dinosaurs were really very stupid illegible creatures. The second version, on the contrary, assumes high selectivity of dinosaurs. The third and most probable version is more complex: probably, crustaceans lived in rotten trees on dinosaur pastures. In this case, Chin excludes the possibility that dinosaurs swallowed crustaceans accidentally. The size of the crustaceans was equal to 20-60 percent of the size of the mouth of the dinosaurs, it is impossible to swallow this by mistake. As one of the explanations, Chin suggested that dinosaurs hunted crustaceans during the breeding season. Herbivores include more calcium in their diet before laying eggs.