Highly developed civilizations on Earth before the appearance of people 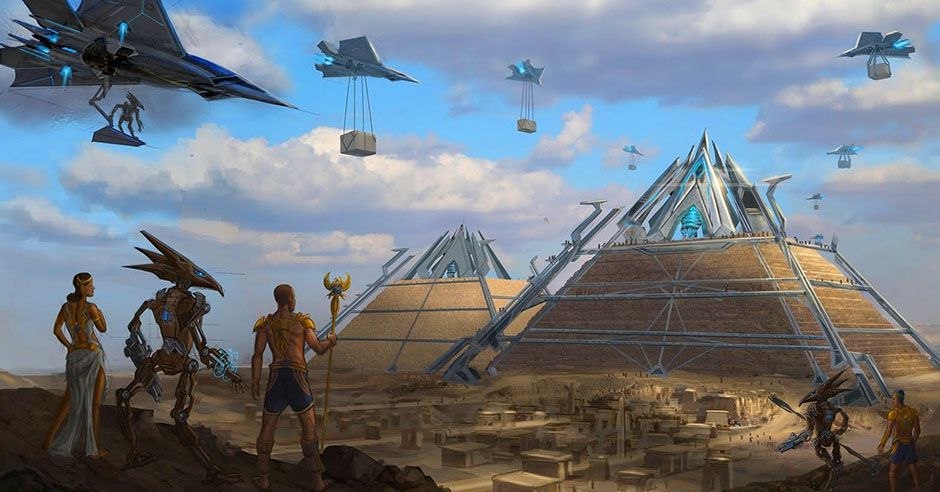 Modern scientists lead a lively debate about the role and influence of extraterrestrial civilizations on the development of mankind. Some argue that such hypotheses are devoid of scientific justifications and strange phenomena can be explained, in terms of meteorology, geology, as well as secret weapon tests. Others cite convincing arguments for the existence of extraterrestrial civilizations, which observe the development of earthly civilization.

What remains in the shadows …

The greatest attention is paid to inexplicable celestial phenomena, the fact of existence of which is difficult to prove. At the same time, many video and photo materials that have captured unidentified flying objects in actual fact turn out to be counterfeits. It turns out that there is no 100% proof of the existence of a UFO. After all, eyewitness accounts can be false, like the filming materials.

The contrast of the hype around the strange flying objects is the concealment of material facts, evidencing the existence of highly developed civilizations on Earth several million years ago.

The first fact that makes you think is the melted minerals. They are found in depressions similar to craters formed after the fall of the meteorite. This is a logical explanation, if not one “But.” Found minerals could turn into glass, only sintered at the temperature that gives a nuclear explosion. Confirmation of this assumption is the remains of radioactive isotopes in the soil of craters and the absence of materials of comets or asteroids in them.

This means that a few million years ago on the planet Earth, nuclear weapons were tested or used in clashes of unknown civilizations. Hence, before the appearance of man on the planet dominated by highly developed beings.

Another confirmation of this hypothesis is the underwater cities discovered near the Japanese archipelago of Okinawa. This is a cyclopean construction of huge blocks of marble. According to scientists, the most modern, powerful technique that a person has, does not allow the construction of such structures.

Such conclusions mean only one thing – these cities were built by those who were much ahead of modern mankind in their development. Were they aliens who were trying to learn Earth? But, then why did they disappeared without a trace or did they prefer to observe the development of humanity from above, without interfering in its affairs?

A more plausible version seems to be that there was once on Earth a powerful, highly developed civilization. At a certain point, it reached its peak and a conflict began with the use of super-powerful weapons, which led to its death. In this case, the person is the heir of these mythical creatures. The rulers hide such truth from the layman, since it is easy to draw an analogy between the hypothesis of the civilization of the Titans and modern tendencies in the development of mankind.

The conclusion is not comforting – our civilization is steadily moving towards the peak of technological power, which will inevitably lead to death. Therefore, it is much easier to develop the topic of third-party observers – aliens and UFOs.

Evidence contained in the Ancient Epic

The existence of strange creatures tells the mythology of many peoples. This is most clearly expressed in the Indian Ancient epic. The Mahabharata or the “Great Legend of the Descendants of Bharata” tells of the confrontation of two royal dynasties by the Pandavas and the Kauravas. And all would be nothing, but against each other they use weapons that have an incredible destructive power. The description of his action is very much like the explosion of an atomic bomb. The question arises, from where did the author of the Mahabharata, sage Vyasa, take such information, which suspiciously describes the achievement of the critical mass of an atom?

Another interesting fact – Ancient Greek myths, where the gods appear in the guise of people. But at the same time they have supernatural possibilities. But not all the gods live on Olympus. For example, Hephaestus forges armor in an underground workshop, Hades there protects the Kingdom of the Dead, Poseidon rules the seas. This means that developed beings lived not only in the sky, but also in the depths of the earth’s crust, the depths of the ocean.

Such examples can be found in the stories of each people. Only the names of the gods and the circumstances of their appearance change here, otherwise everything is the same. Heavy-duty creatures possessing inexplicable force, capable of burning huge territories. Is not this description akin to modern weapons, which can turn a city into a scorched desert in a few minutes!

Finally, the most famous fact is the mysterious Atlantis. According to legend, it was flooded as a result of a large-scale cataclysm. But what, apart from the super-powerful weapons could ruin the developed Atlantis, could not they resist the ordinary flood? This is a rhetorical question.

All of the above facts are evidence of the existence of life on Earth long before the appearance of man. Perhaps the current civilization is already 10 or 15 on the account and people are waiting for the same fate as the predecessors – complete destruction. After that a new round of development of life on the planet will begin. And this will continue until the concept of harmonious development is found without an arms race and deadly viruses, which are being developed in secret laboratories.

Why is the truth concealed?

The theory of life cycles on the planet Earth is not taken seriously and is openly pushed into the background. She prefers the doctrine of Darwin, not fully explaining and reflecting the short stage of human development. And the hypothesis of the existence of extraterrestrial civilizations that secretly control humanity, follow or explore it. But why does this happen?

There are two reasons for rejecting or hiding the existence of dozens of highly developed civilizations before the appearance of man:

First, it contradicts the concept of exclusivity, where people are the crown of development and creation;

Secondly, the possibility of realizing that it is necessary to radically change the existing way, so as not to finish as sadly as the predecessors.

It is possible that the point of no return by mankind has already been passed and it is simply carefully concealed.