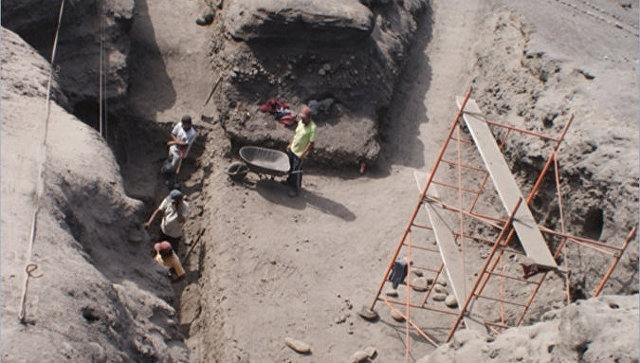 An unexpected discovery in Peru, which says that people lived near the famous pyramids in the Chikama valley already 15 thousand years ago, speaks of the ultra-fast pace of civilization in the New World, scientists say in an article published in the journal Science Advances.

“We managed to find a lot of artifacts in Uake Priet, including food remains, stone tools and other traces of the culture of ancient people, including baskets and fabrics decorated with patterns.” All these findings raise the question of how quickly civilization developed In this region and makes us think about the level of their development and the availability of technologies that allowed them to extract resources from the sea and land, “says James Adovasio of the Atlantic University of Florida in Fort Pierce, USA.

Until now, scientists believed that the New World was the last region of the Earth inhabited by people. As paleontologists believed, based on traces of the presence of people in America, the ancestors of the Indians or other Cro-Magnon groups penetrated to America about 17-15 thousand years ago, migrating from Siberia to the eastern regions of the United States through a piece of land that existed on the site of the modern Bering Strait.

Scientists did not even consider earlier dates of colonization of America – this “bridge” between the New World and Eurasia existed only in short intervals, about 70 thousand years ago and 23-13 thousand years ago, and before that most of Chukotka and Alaska was covered by impassable Glaciers. On the other hand, recent genetic studies suggest that America could be populated from the “south” as a result of the movement of the ancestors of the Indians to the islands of Polynesia.

Adovacio and his colleagues discovered hints that South America or the entire New World could have been inhabited much earlier than we suppose. Researchers found whole “mountains”, as they say, artifacts on the Pacific coast in the town of Huaca Prieta. Uaka Prieta is located in the valley of Chikama, where the ancient pyramids of Peru are built and where traces of the ancestral tribes of the Indians inhabiting this part of the country about 5-8 thousand years ago are often found, scientists say.

While excavating one of these burial mounds, archaeologists found many primitive tools and herbal baskets, whose appearance suggested that scientists deal with very ancient traces of civilization. In addition, a large number of tissues, food remains and other traces of existence of a relatively developed civilization have been found.

The researchers tested this theory by measuring the proportions of radioactive isotopes in reeds and cotton stems, from which the baskets were woven. This allowed to know that the age of the finds goes far beyond what archaeologists expected to see – most of the artifacts were older than eight thousand years, and some of them stepped over the mark of 15 thousand years.

Such a respectable age of baskets and fabrics decorated with patterns, says that we underestimated the pace of civilization in the New World. Residents of the valley of Chikama, as scientists say, already 15 thousand years ago were able not only to make tissues and vessels, but at the same time to obtain food in the sea and on land, collecting and trapping marine fauna with the help of bone hooks and stone harpoons and growing or collecting avocados, Peas, chili peppers and pumpkin on land.

“Such complex textiles and baskets tell us that the standardized or” collective “methods of their production existed in Uaka Prieta and that they were manufactured not only for utilitarian purposes. Like many other local artifacts, they indicate the existence of a complex society in the valley and The desire of its residents to demonstrate their social status, “the scientist continues.

The question remains as to how this civilization arose – the authors of the article emphasize that their discovery is not an unambiguous evidence that the ancestors of the Peruvians entered South America along the Pacific migration route. Further excavations at Wakat Prieta and other ancient sites of people in North America will help to understand how the modern Indians actually emerged, researchers conclude. 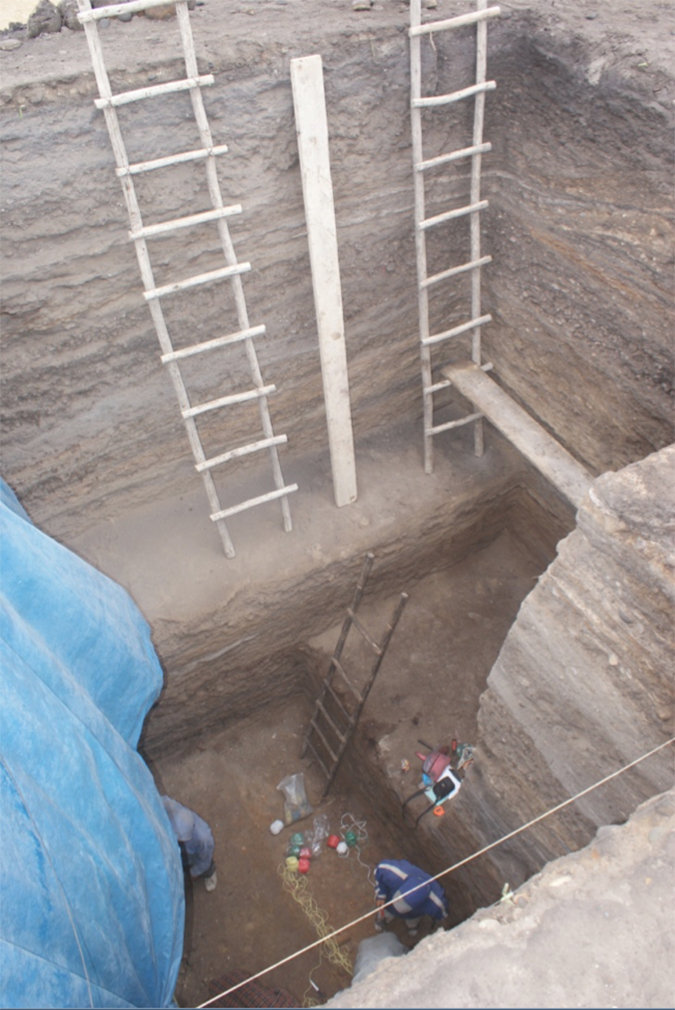