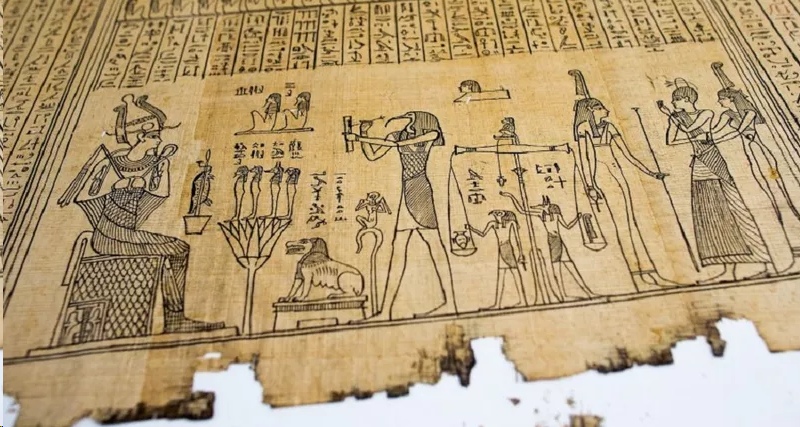 In the papyri from the ancient Egyptian city of Teutunis, scientists discovered a unique ink that contained iron and lead, but they did not contain a single known lead-based pigment. Researchers suggest that ancient scribes used this element to dry papyri.

The use of lead in ink was very uncommon for the ancient Egyptians. Researchers suggest that the scribes used lead to dry papyri like Renaissance painters.

Thomas Christiansen, an Egyptologist at Copenhagen University, and his colleagues studied ancient papyri found in the early 20th century in the temple library of the Egyptian city of Teutunis. Scientists have found that the text in some fragments of these papyri was written in ink with an unusual chemical composition.

A large amount of lead was found in the dyes, which is not typical for ancient Egyptian documents. Typically, Egyptian ink consisted of ash, ocher, and organic additives that were used as thickeners.

In order to understand in detail what substances were in the composition of the paints, the researchers enlightened the papyri using a synchrotron. The results showed that the lead particles were distributed mainly along the edges of letters and hieroglyphs. According to Christiansen, this suggests that the scribes added lead compounds to the ink or sprinkled it on finished papyri to speed up drying.

In the future, scientists are going to test this hypothesis by trying to create similar dyes according to ancient recipes.