How did the rope in the stone age? 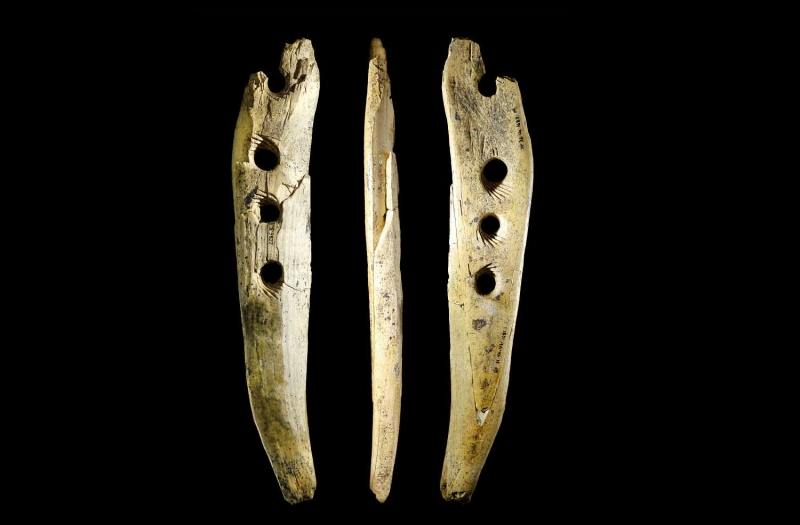 Ropes and cords — important household items society of hunters and gatherers. The ligature marks occur on pottery, however, very rare. Professor Nicholas Conard and his team presented their research about a new archaeological discovery is the tool by which, according to scientists, produced the rope in the stone age.

The clue was in the cave of Hole-Fels of South-West Germany. Neatly cut and well preserved part of the mammoth bones 20.4 cm in length with four holes 7-8 mm in diameter. Each hole has a smooth spiral cut. These difficult cuts used in the manufacture of rope products.

Similar findings in the past were interpreted only as ornaments or musical instruments. Due to the exceptional preservation of new findings and thorough study and testing, the researchers came to the conclusion that it was used to make ropes from plant fibers.

This tool answers how ropes were made in the Paleolithic. This issue has been a concern to scientists for decades.

Tool found in the cultural layer near Va orinyansky Parking. The team of Professor leads the excavations in this area for 20 years, and the cave of Hole-Fels and the surrounding area on the nomination of the status of a world heritage site by UNESCO.