How has the temperature on Earth changed over the last 116 years? 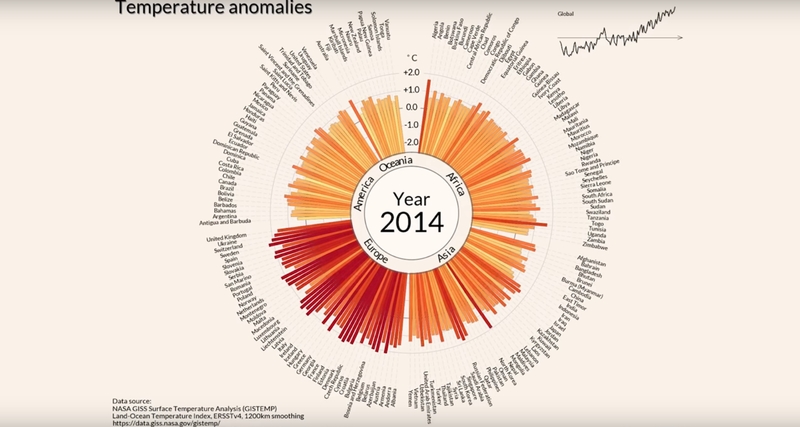 Climate change is difficult to notice, unless you track them on long terms. But in the next diagram in just over 30 seconds, the direction in climate development is clearly visible.

Climate change is a process that has been measured for decades, so unless you study a big picture, it’s hard to notice things until it’s too late. But if you take the meteorological data of each country, study them for a whole century and squeeze it all down to 30 seconds, everything becomes clearer.

This is exactly what the Finnish researcher Antti Lipponen did, and the results showed a two percent increase in temperature around the world. The diagram is divided into five regions: America, Africa, Oceania, Europe and Asia, and the effect, especially in recent years, is clearly alarming.

Similar visualization of the data was done by both NASA and other universities. All of them point to the same thing: it’s getting hotter.