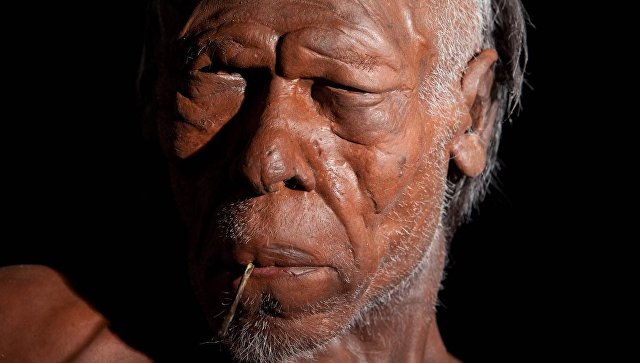 Anthropologists from Moscow State University and genetics from the Russian Academy of Sciences have revealed interesting interrelations between the climate, the shape of the face of ancient people and the anatomy of their skulls.

“In both Europe and Asia, populations from colder regions were characterized by an increase in the length and width of the maxilla, a narrowing and lengthening of the nasal cavity, a slight increase in the width of the nose.” However, residents of Northeastern Europe also differed from their southern neighbors by a weakened nose and Face as a whole, a noticeable decrease in the height of the pear-shaped aperture, eye sockets and nasal bones, “says Andrey Evteev from the Moscow State University named after MV Lomonosov. Lomonosov Moscow State University.

The discovery of the remains of ancient people and the study of their DNA in recent years has markedly changed the way scientists look at the picture of the evolution of our ancestors. For example, the analysis of the DNA of the first Europeans showed that they had dark skin, blue eyes and could not drink milk, which was a surprise for scientists.

Further study of the history of their evolution revealed a curious phenomenon. It turned out that many similar features, not adapted to life in the harsh conditions of northern and central Europe, were replaced by more appropriate signs, such as light skin and the ability to eat dairy products, in a very short time under the influence of climate, natural selection and turbulent migration processes .

Evteev and his colleagues found out that such features included the shape of a person, having studied the structure of several skulls of ancient people found in different parts of Europe, Siberia and the northeast of Asia and comparing them with what the face looks like in modern people. In addition, scientists tried to uncover the kinship between the owners of these skulls by comparing sets of small mutations in their mitochondrial DNA and the “male” Y chromosome.

The scientists compared the differences in the structure of the skull with the climate in those points of the earth where these remains were found, and used the results of this comparison to determine what climatic factors could influence the anatomy of the skull. It turned out that the air temperature and humidity level had a particularly strong influence on the shape of the person’s face in the past, before the appearance of civilization.

For example, the Cro-Magnon people were more like representatives of the northern peoples of Europe, rather than residents of the south or west of the subcontinent. This, according to the researchers, indicates that they lived in a severe glacial climate, and were adapted to life in conditions of constant cold, “eternal” fogs and an excess of moisture in the air, getting into the lungs could cause severe infection and death.

Filling such evolutionary “gaps”, as Evteyev notes, may be of interest not only to anthropologists and paleontologists, but also to doctors who know about the typical shape of the skull of their patients, how much they will be exposed to the epidemics of ARVI and other diseases.