How the Neolithic people experienced a global cold snap 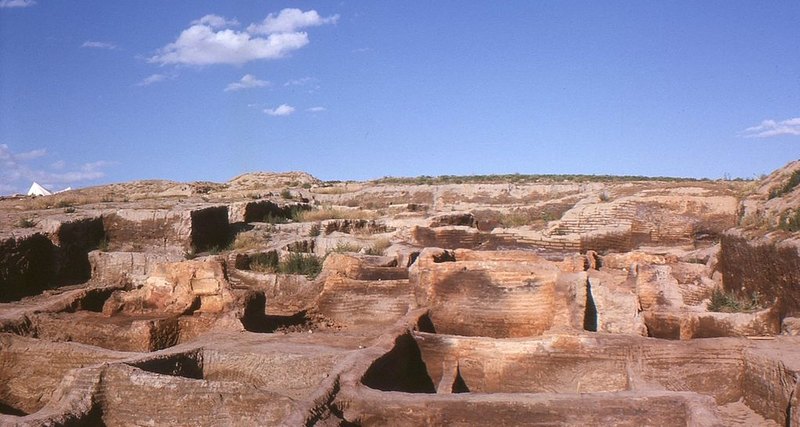 Crumbs of fat on the walls of ceramic ware helped to confirm that 8,200 years ago the inhabitants of the Neolithic settlement of Chattal-Hüyük had a hard time. And other finds told archeologists about how the inhabitants of Chattall-Hüyük experienced the harshest cold snap of the anthropocene.

Eight thousand years ago, our ancestors who lived in the Northern Hemisphere, had a hard time: the planet experienced a sharp cooling and a series of summer droughts. About the cataclysm is known from the analysis of petrified trees of that period and other indirect signs. By that time, many human populations had already mastered agriculture and cattle breeding and lived in large settlements; the absence of rain and cold had to greatly complicate the already difficult life of the inhabitants of these settlements, but there have been very few data on how the Neolithic people survived these difficult years. A study of an international group of archaeologists, published this week in the Proceedings of the National Academy of Sciences, sheds light on the difficulties faced by the inhabitants of the ancient settlement of Chatal-Hüyuk (modern Turkey).

People lived in Chatal-Hyuk from 7500 to 5700 years. BC. They cultivated the land, grew wheat, barley and legumes, bred sheep, goats and cows. In the heyday of the population of Chatal-Hyuka there were up to ten thousand inhabitants – for the Neolithic it was a huge metropolis. 8200 years ago, its inhabitants, like the rest of the population of the Northern Hemisphere, experienced a global cooling – not the first in the history of the planet, but the most severe of those that people found. It lasted from two to four centuries. To find out exactly how cold weather affected the residents of Chatal-Hyuk, archaeologists and biochemists decided to study the isotopic composition of tiny particles of animal fat, preserved in the pores of ceramics, which are abundantly found in the ancient settlement. Coldness led to droughts that dried the grass, and livestock in the cold years had to become lean; the stress associated with malnutrition, in turn, should leave a trace in the composition of animal fat, scientists reasoned.

The fat particles were removed from microscopic holes on the walls of the pottery and analyzed by gas chromatography-mass spectrometry. It turned out that in fat from the finds, dated 6200 BC, 9% more deuterium is contained than in the fat crumbs from the ceramics of previous periods. The increased content of deuterium in plant tissues is associated with a decrease in the amount of precipitation; probably this drought effect also caused a higher content of the heavy isotope of hydrogen in the fat tissue of herbivorous animals – in particular, livestock. This is the first archaeological evidence of the global cooling of 6200 years BC. e., note the authors of the work.

Other findings from Chatal-Hyuk tell the story of the struggle for survival during a global cold snap. Bones of animals, dating back to the year 6200 and the following centuries, preserved many scratches and chips that say that in the arid and cold years the ancestors ate up to the last crumbs, scraped the bones and extracted the nourishing bone marrow. Approximately at the same time in Chatal-Hyuk, the population of cows decreased, and goats became larger – apparently, they tolerated cataclysm more easily. The settlement itself also changed: in droughty years the traditional houses for several families gave way to small isolated farms.