How the population of Earth grew? 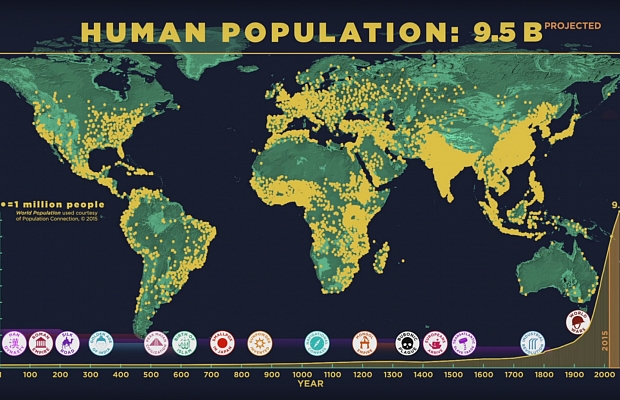 People need a lot of time to be shaken. But as soon as we begin to do something, we get out of hand, isn’t it? to Mankind 200 thousand years that the population of Earth has reached one billion were required. And only 200 years that on the planet 7 billion people have appeared. The important milestone has been reached on October 7, 2011. If growth rates of the population remain the same, the boundary of 8 billion people will remain behind in 2024.

The card shows how the number of people grew as we a wave of a tsunami extended on the globe as historical events helped the homo sapiens to conquer the whole world like a pandemic.

The most inhabited country of the world — China. He is followed by India. Further there is USA. The fourth and fifth place is taken by Indonesia and Brazil respectively. The following in the list of the most populous states — Pakistan, Nigeria, Bangladesh, Russia and Japan.