Humans have occupied Iturup more than 8,000 years ago 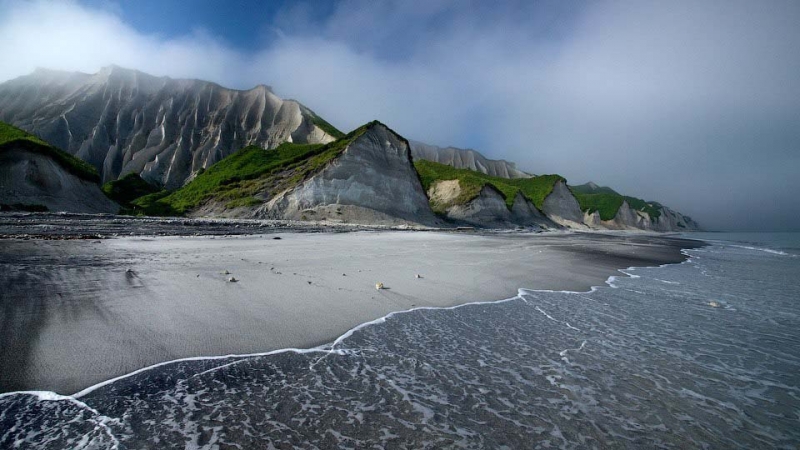 Since the beginning of July scientists are Iturup work to determine the boundaries of archaeological sites to make them in the all-Russia register of objects of archaeological heritage. All they need to do a 10 monuments located on the coast of the Kuril Bay from the village Fishermen to the foot of the volcano Bohdan Khmelnytsky.

While laying reconnaissance test pits on one of the monuments, scientists have discovered sheets of obsidian rocks, consisting of volcanic glass.

“Lamellar splitting technique was typical for the times of the early Neolithic. Similar findings on Sakhalin and Japanese Hokkaido dated to this time,” said pashentsev.

The nearest Deposit of obsidian, according to the scientist, is located in the North of Hokkaido.

“We assume that the obsidian people were brought in the form of blanks and of them have produced products for life, particularly stone tools,” said pashentsev.

He said that evidence of people’s lives at such an early period in the history of Iturup still not found.

“In the neighboring Shikotan similar complexes of the early Neolithic are. But he was almost part of the Japanese Hokkaido. But Catherine Strait, which separates from Iturup is located South of the Islands is quite deep, and the isthmus was not there. Scientists pondered how and when there were people, now there is evidence that they were there was definitely more than eight thousand years ago,” said pashentsev.

To do this, scientists have found evidence of settlement by people of Iturup more than seven thousand years ago. This Parking Ankita-1 and Ankita-2.