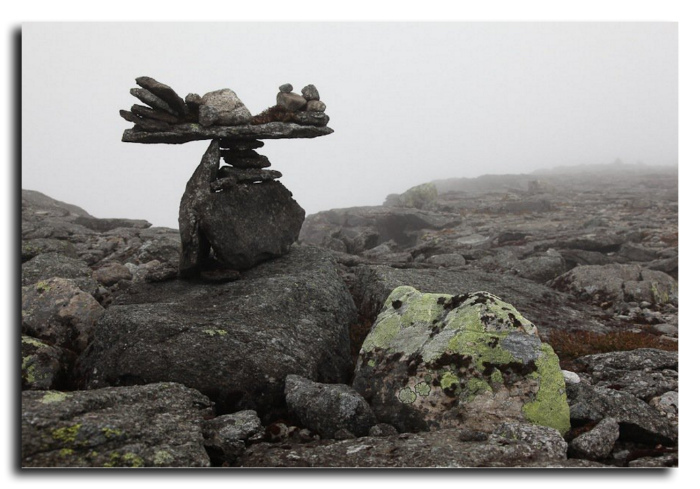 Archaeological and historical studies conducted in different parts of the world increasingly encounter compelling evidence that many millennia ago, our ancestors mastered the airspace and used aircraft heavier than air.

In 1929 he discovered a map of the Turkish Admiral Piri Reis, dated to 1513 specialists In its surviving parts were extensively described the Western coast of Europe and Africa, the Caribbean, South America and Antarctica. That is, long before 1820, when a Russian expedition led by Bellingshausen and Lazarev opened the southern continent, ancient geographers knew of its existence.

But the most surprising was the fact that the map of the Turkish Admiral, (which he, in his words, copied from earlier sources of the times of Alexander the great) Antarctica devoid of ice shell, and some topographical details in its picture would be considered only from the air! A similar phenomenon can occur when consideration of the figure of the Eternal city during the reign of the Emperor Nero (about 64 ad), where Rome is depicted from a bird’s flight.

In 1999, on the walls of Abydos temple, built in Ancient Egypt during the reign of Pharaoh SETI I, who ruled more than 3,000 years ago, were found the image is quite recognizable aircraft, including a completely modern planes and helicopters. It was also discovered, and the wooden image, taken by archaeologists in the shape of a bird. However, the location of the wings and tail, attracted the attention of engineers, has allowed to assume that “bird” really is made in compliance with the laws of aerodynamics, a model of a flying machine similar to a modern aircraft.

Laboratory tests have shown that this model is able to fly and that its settings conform to all laws of construction of the buildings. In addition, found there the same “pyramid Texts” it says: “Pharaoh travels through the air and flies over the earth… He has knowledge, allowing him to climb into the sky.”

Unbelievable? Impossible? But the world folklore preserved a lot of images-symbols of aircraft: air chariot, flying ship, wooden eagle, flying carpet and others. However, on the wave of UFO mania, heated ufologists, in most cases identified with the alien spacecraft. Is it really so? But, it may be wise to descend from the stars to the ground and search for the ancient conquerors of the airspace in the North, where once was located the legendary land of Hyperborea.

A reasonable question: could it be that the ancient inhabitants of the Arctic mastered the technique of Aeronautics? And why not? What our ancestors many centuries ago used something like balloons, no doubt. This is confirmed by the rock carvings near lake Onega, where the aircraft ancient depicted in great abundance. There is a depiction of flying in a balloon of the Hyperboreans.

Memories of such flights over the years nekotorye have undergone changes and in a simplified form has reached our days in the form of folk images.

In the legends of Northern peoples flight technique described is very simple: kindle a fire of shavings, covered with a wet Mat, the Mat could sit down everyone, and his fever was raised under the heavens to God himself. By the way, at the other end of the earth among the natives of Oceania have a similar myth about the heavenly journey in the land of his ancestors with the smoke of the jet: “Joliat sat on a stream of smoke and stood up to lang,” or “a woman walked into a smoke column and went with him to heaven…”

Perhaps this is a way Aeronautics served as the prototype for the “flying ships”, mention of which is not only in many fairy tales and myths of the world, but in a completely documentary sources. As reported by Roman historians, in 215 BC something “like ships” seen in the air over Rome. And in the British “the Chronicle of Gervase Tilbury” it is reported that in Gravesend, Kent, 121 g. the members of the local Church seen floating around the celestial ship.

This design also served as the prototype atypical for ancient visual symbols winged platform on which the Greek sun God Apollo, born, T., Hyperborea, were flying to their distant homeland.

To Hyperborea has a definite relation to the myth of Daedalus and Icarus. The Daedalus may have been Hyperborean an engineer-architect. It is likely that it was captured during the pilgrimage to the temple of Apollo the Hyperborean, or he worked “for hire” for king Minos of Crete, and then was forcibly withheld, along with his apprentice (not son!) Icarus. Erecting the glider or, even more precisely, the glider, starting with the help of tools such as a catapult (wax and feathers they are likely to put Eyewash in order to keep the invention secret), they both ran from the dungeon, “the path to unprecedented holding the icy stars of the Bears” (so indicates their route Virgil in the Aeneid). In other words, the Daedalus and Icarus were headed North, to Hyperborea – the home of the labyrinths, the images of which many are scattered throughout Northern Europe, including Russia.

Referring back to Greek mythology and remember the myth of the Argonauts and the episode which describes an eagle flying to torment of Prometheus:
Saw bird they are, as she is in height with a sharp cry
The ship swept close to the clouds in the evening.
Still the sail boat shook it, hitting the wings blow….

Amazing, right, this bird! And external description of it more like a modern aircraft than a living being:
After all, that eagle their views with air bird is not similar,
Wings like it smooth oars..,
When the eagle disappeared on the coast, the Argonauts heard the roar of the turbines at its landing.
And then a short distance, they heard the groaning voice of Prometheus, whose liver the eagle pulled out…

It is also appropriate to recall the Russian epic Nightingale the robber, sitting on the “three oaks” and his famous “Nightingale” whistle and roar:
And from him whether-the whistling of Solovieva, And from him whether that animal pokrik, all friend Mary Jane ant plutayutsya, All lazurevy the flowers slept, the Dark Lisouski to the ground, all bow…

Isn’t that fits the description of a takeoff of a jet fighter? Wasn’t if the Nightingale Adamantiadis Hyperborean pilot, the aircraft which made an emergency landing, “that the river at Currant”?

There are a considerable number of other references to aircraft, adopted in the national mifologii images “airplane wooden eagle” and a fabulous giant birds.

In his Chronicles mentions Such a giant bird living on the coast of the Sea of Darkness (Arctic ocean), and the Arab traveler Abu Hamid al-Garnati, who visited the upper reaches of the Volga in the middle of the XII century he giant not seen, but many heard about it: “Aza Visu, on a Sea of Darkness, there is a region known as the Jura. In summer they can be very long. So, as they say merchants, the sun never sets for forty days, and in winter the night is just as long. Merchants say that the Sea of Darkness near them, and that the people of Yura go to this Darkness and enter it with torches. And find there’s a huge tree… it is a big animal, say a bird…”

It is likely that there are (or were) and more specific technical descriptions of aircraft than those contained in fairy tales and myths. And you can find them, no matter how paradoxical it may seem at first glance, legends of Atlantis (which, according to some ancient writers such as Apollodorus, is identical Hyperborea) that were stored in the secret archives of the Rosicrucians, the Illuminati and the masons. In the secret archives of the secret orders, surely there were authentic documents of the epoch of Atlantis-Hyperborea. These include, apparently, and maps of the epoch of Alexander the great used in his journey Columbus, Turkish Admiral Piri Reis and the father and son Mercator, constituting a map of Hyperborea.

People in ancient times were flying. Why they went back down to the ground, losing wings? What was the basis of the drawings of the great Leonardo? The sky is always harbored a lot of mysteries was whether the mankind in the XX century again flied up to the clouds to solve them?