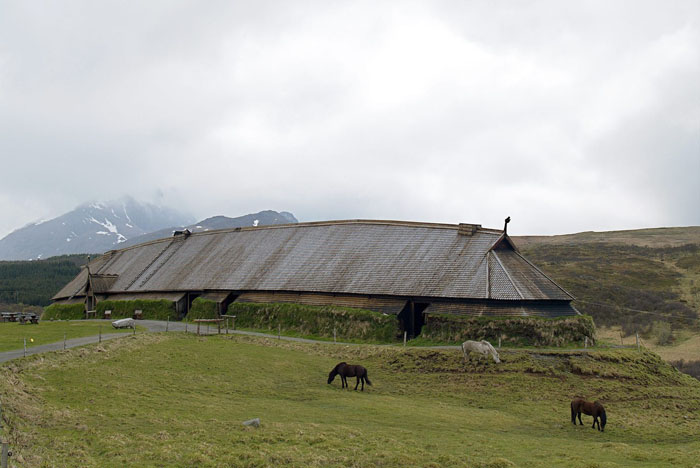 Already by 800 BC there was a long log house, demanding delivery in a desolate Iceland scaffolding. Archaeologists led by Einarsson Bjarni (Bjarni Einarsson) from the University of Copenhagen (Denmark) discovered in the Eastern fjords of Iceland traces of human presence dated to the year 800 ad. This is significantly earlier than the generally accepted date for today settlement of this Northern island. The discovery shows that the movement of Scandinavians to the West across the Atlantic started much earlier and moved pretty quickly. About the study according to Iceland Review.

Scientists say that the found tools and traces of a special type of construction — longhouses (longhouse) are typical to Scandinavian material culture of the time. Among the finds made in recent weeks — the press, the pearl, the silver coin (actually a piece of bright silver with no numismatic evidence) and a number of other items.

Radiocarbon Dating of fragments of charred wood inside the house pointed at 800 BC. Archaeologists say that earlier similar findings with the same Dating has recently been made near Reykjavik, but their isolation was not possible to confidently assert the earlier settlement of the island. This time in the course of excavations was discovered and stone ware. In that era to do the dishes of stone were not accepted almost anywhere in Europe — Northern Scandinavia was almost the only exception. Perhaps the settlers of this region was discovered long left home. Unusually, failed to find any animal bones. Apparently, the settlement was not a farm, but the temporary Parking of fishermen or sailors.

Question about the date of opening of Iceland is quite complex. According to Scandinavian sagas, it happened around 874 BC, after a civil war in Norway, brought to power of king Harald I. Many clans, fearing extermination from the king, fled in search of a new place to live. The pioneer among them is the Ingolf Arnarson, who settled near present-day reykjavík in the year 874. The new finding also indicates that Arnarson could migrate to the island with my family, not blindly, but guided by some information from anonymous sources who have visited there much earlier.

However, there are a number of indications that the island people have been before. A number of ancient Greek and Roman sources mention the island of Thule, whose geographical description is very similar to Iceland. In addition, even in the 1940s there were found Roman coins of III century of our era. In theory, they could bring the Vikings, but they usually did not keep such coins in ancient times because they did not have free circulation. A more typical solution for the Scandinavians would be the melted coins (weight of ingots of metal were the popular medium of exchange among them).

Early medieval lives of Irish saints also point to the attendance of a large island far to the North-West of Ireland. Thus, it is still difficult to exclude the possibility that people have been on the island before 800 years.