Images of deities in the ancient Chinese tomb puzzled archaeologists 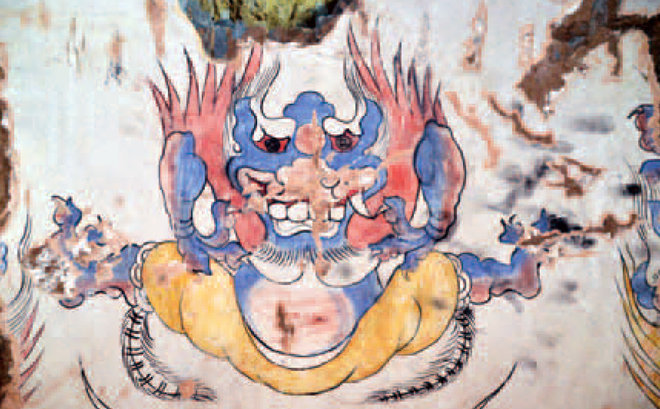 Scientists from the Shaanxi Institute of Archeology discovered in the 1400-year-old tomb unique images of the deity from Chinese mythology – Fei Lian, the “master of the wind.” The symbols imprinted on the mural strongly puzzled the researchers.

“Various motifs and rich connotations were found on the walls of the tomb, many of them can not be found in other graves of the same period,” archaeologists said.

The meaning of some images, as the article says, is not entirely understandable. For example, on one of the frescoes the “master of the wind” appears in the nude. In this case, it is usually taken to represent it in the form of a blue dragon.

In addition, the scientists found a number of murals, which, they said, “provides valuable information about the social life” of China at that time.

The tomb itself, located in Xinzhou, the archaeologists found in 2013. The contents of the burial chamber were riddled with robbers, many artifacts were damaged. However, only now the researchers found undamaged murals.