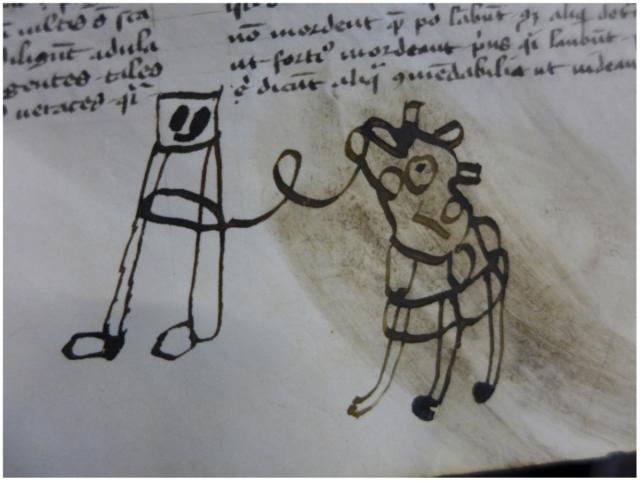 Historian Deborah Thorpe of Yorkshire University, studying medieval manuscript, accidentally discovered grifomania drawings, which were probably created by the hand of the child. 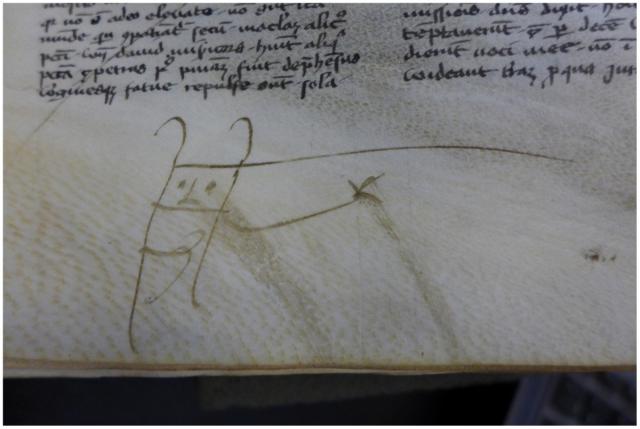 Doodle was found on the pages of the book of the XIV century, which was originally kept in the Franciscan monastery in Naples. Among the paintings are images of the horses or cows, human figures, and perhaps of the devil. 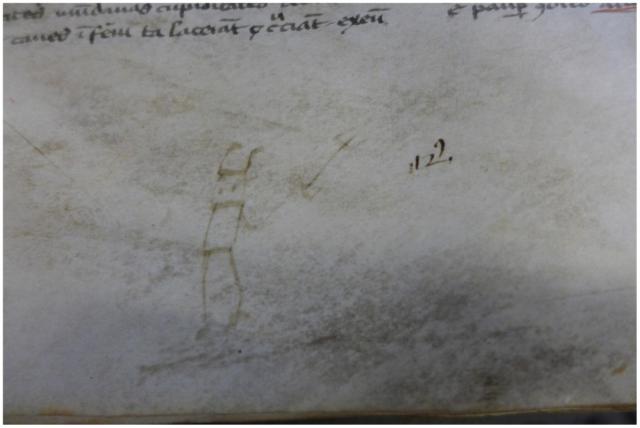 According to the scientist, scribble on the margins was drawn a few hundred years after the creation of the manuscript. Child psychologist, which appealed Deborah Thorpe, confirmed that the drawings created by the child age 4-6 years. This is evidenced by the elongated shape and long legs of the figures.