In Abydos found hundreds of pictures of Egyptian boats 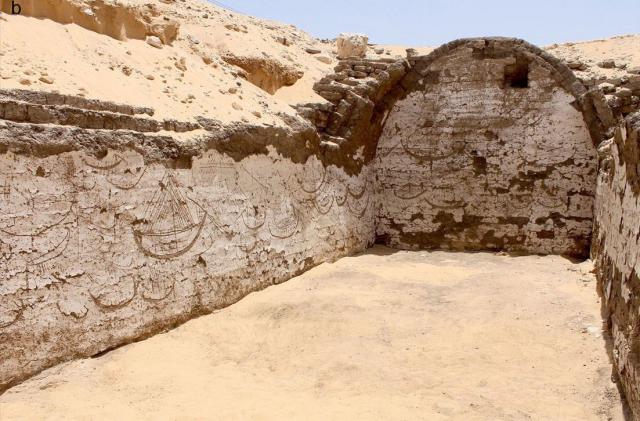 More than 120 images of ancient Egyptian boats were discovered on the wall inside one of the buildings in Abydos. The building itself was built more than 3.8 thousand years ago, not far from the tomb of the Pharaoh of Sinusita III.

During the excavation, archaeologists from the University of Pennsylvania found only a few boards from the wooden vessel that could be built in Abydos or delivered in this place.

Image was created on the white plaster walls of the building. Large figures reached a length of 1.5 meters. They depicted large boats with masts, sails, rigging, oars, sometimes with the rowers. Smaller image had a length of about 10 cm Although currently there are about 120 drawings, archaeologists suggest that the number could be more. In addition to the boats on the wall was also found images of antelopes, bulls, and flowers.

Near the entrance to the building, which had an area of 21 by 4 meters, researchers found more than 145 clay vessels, most of which were placed so that their neck was rotated towards the entrance. These vessels were used to store liquids. 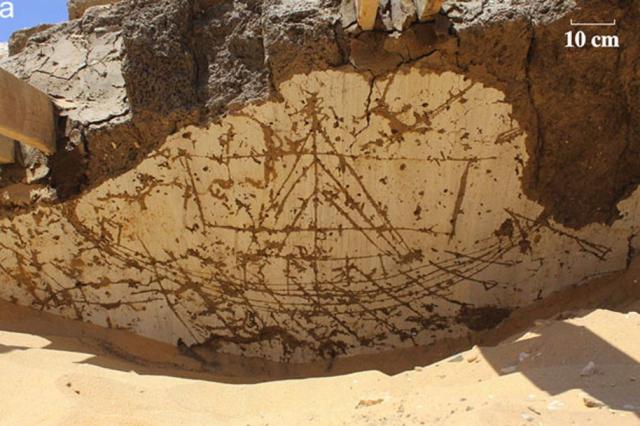 The existence of the building was first mentioned in 1904 in the report of the expedition of the Egypt Exploration Fund, who worked at Abydos from 1901 to 1903 members of the expedition did not have time to dig, so the structure remained unexplored, scientists have confined themselves to examining his top.

Who is the author of the design remains unknown. However, according to the researchers, the images were created in a short period of time. Also unclear is the use of the vessels in progress in the building.