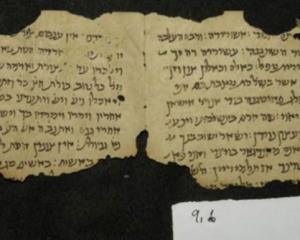 A collection of 100 manuscripts found in a cave in Afghanistan. The analysis of the texts showed that they belonged to Jewish community which lived on the route of the ancient silk road about 1,000 years ago.

The community who owned the manuscripts, derives from the city of Bamiyan. For many centuries this area was famous through the huge Buddha statue that was built in the 6th century and destroyed by the Taliban in 2001.

According to experts who analyzed the documents, the manuscripts were hidden in a cave about 1000 years ago. They contain only text without illustrations and relate to legal and commercial issues. In the found manuscripts also there are sacred manuscripts and personal letters.

A researcher from the Hebrew University in Jerusalem, Ophir Haim, believes that the documents contain interesting information that helps to study the life of the Jewish community in Afghanistan. One of the most important parts of the collection are the records of Abu-Nassar, head of the Jewish community of Bamiyan. Abu-Nassar wrote down all his debtors for decades, that takes him not only money but and grain.