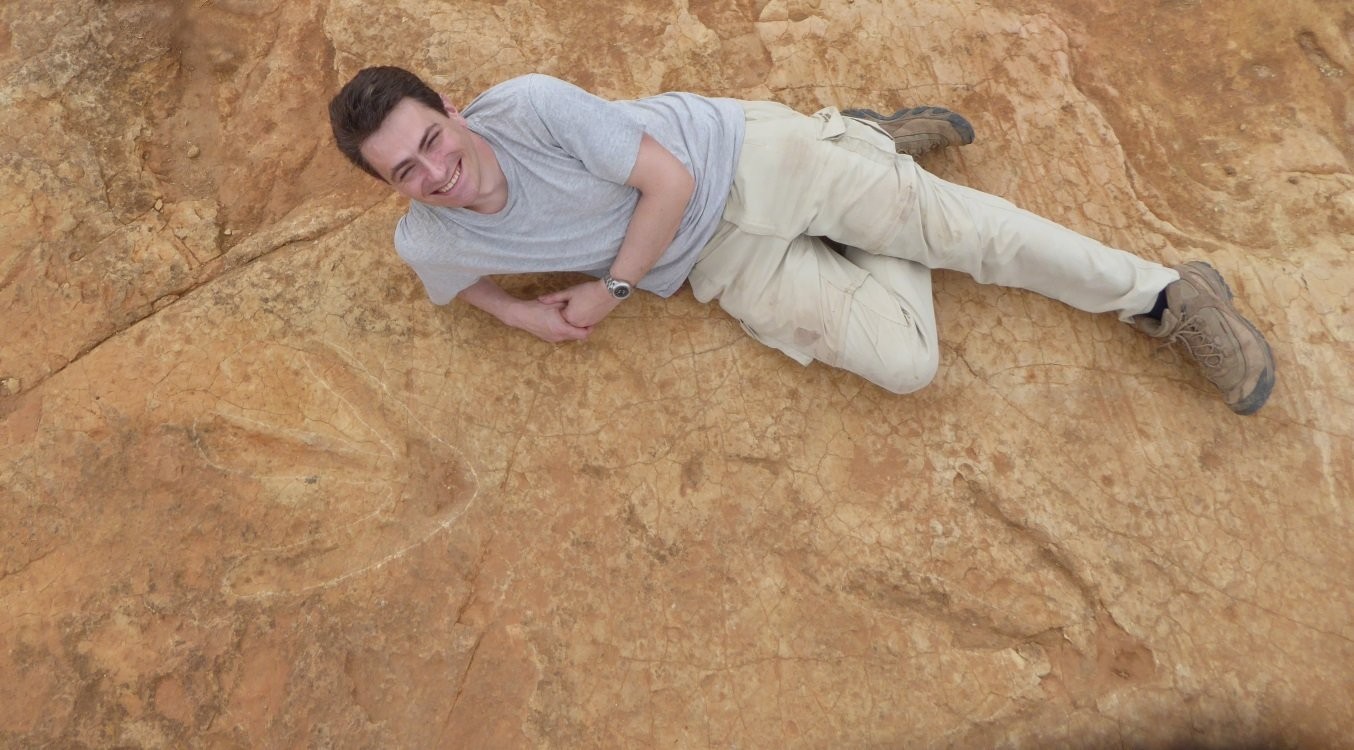 An international group of scientists discovered the first evidence that about 200 million years ago, giant carnivorous lizards roamed the territory of South Africa. According to the portal PLOS, several three-toed trails belong to a new, previously unknown science species Kayentapus ambrokholohali. 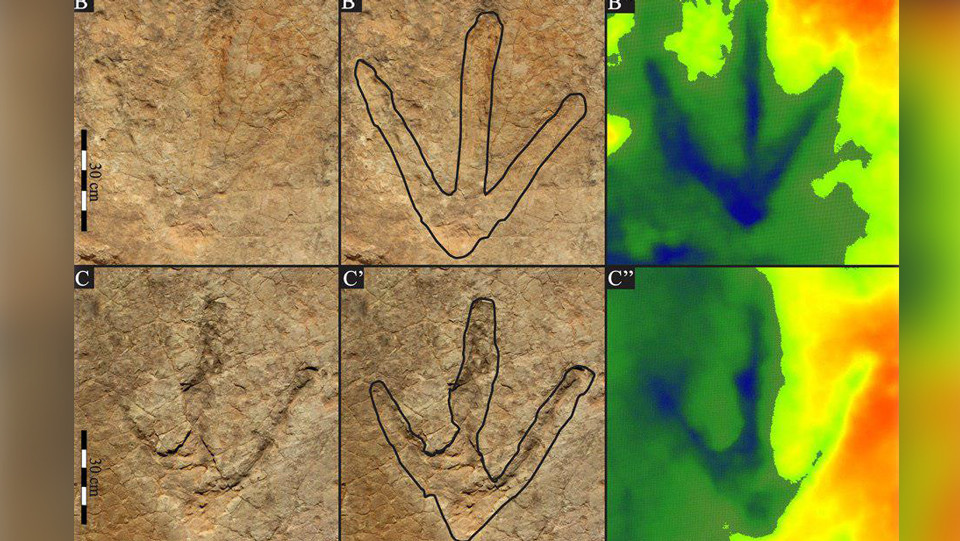 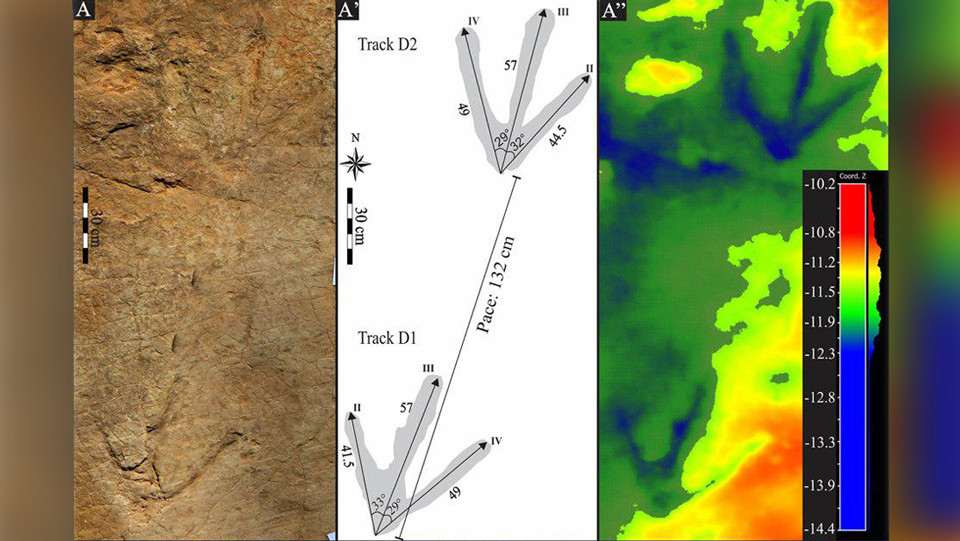 Dimensions of the paw’s legs and the width of his step. Photo: © PLOS

Studies were conducted by paleontologists from Manchester University (Great Britain), University of Cape Town (South Africa) and University of São Paulo (Brazil). In Lesotho, on a place where a river flowed many millions of years ago and where animals came to the watering hole, they managed to find traces measuring 57 by 50 centimeters. Judging by the prints of the paws, the lizard comes into the so-called group of megateropods – giant predatory dinosaurs – to which also belongs the famous tyrannosaurus (Tyrannosaurus rex).

According to scientists, such large footprints on the territory of South Africa could not be found earlier, because of what even the assumption arose that in this region there were no such large predatory dinosaurs. Based on the size of the footprints, the length of the body of the dinosaur itself was supposed to reach nine meters, and above the ground it towered almost three meters.

Comparison of the size of a dinosaur with a person’s growth. Photo: © Phys.org

– This is the first proof that an extremely large carnivore lived in a region where various herbivorous, omnivorous and much smaller carnivorous dinosaurs prevailed. This pangolin really was the top of the food chain, – commented the find the senior researcher at the University of Manchester, Dr. Fabien Knoll.

Even more important, this discovery makes the fact that the tracks refer to the period of the Early Jurassic. It was believed that the size of most of the theropods at that time was significantly less – from three to five meters. And only in the late Jurassic period there were larger lizards, such as the 12-meter Tyrannosaurus.