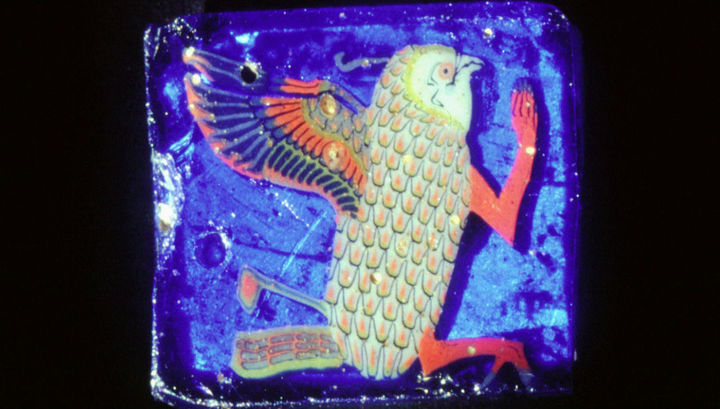 Large-scale archaeological excavations and complex chemical studies showed: to the south of the Sahara had a secret of making glass long before the arrival of European colonizers. The discovery is described in a scientific article published in the Journal of Archaeological Science.

North Africa is deservedly considered the land of great cultures. Ancient Egypt, one of the cradles of civilization, and Carthage, a Phoenician colony, and then a victim of Roman aggression, hold this glory on their shoulders.

As for the vast expanses of the Black Continent to the south of the Sahara and to the ocean itself, here, in the opinion of arrogant European colonizers, the story began with their arrival. Now we know that this is not so, but the past of Tropical Africa still holds a lot of mysteries. What exactly did the people who inhabited these vast lands know and know? Many answers are only to be found.

As the press release of the study specifies, the Igbo Olokun archaeological site in south-western Nigeria has been known for more than a hundred years as a place of production of glassware. But historians for a long time believed that they were engaged exclusively in the remelting of imported glass.

In 2006, a scientific group led by James Lankton concluded that one of the glass grades, which has a high content of limestone and alumina (scientists designated it HLHA), has no analogues in any well-known historical production center. This fact could indicate that the glass is of local origin.

And yet there was not enough direct evidence. Many experts doubted the conclusions of Lankton and colleagues. A new study, conducted by a scientific group led by Abidemi Babatunde Babalola from the University of Rice, dotted all the necessary letters.

During the excavation, scientists discovered more than 12,000 glass beads and a few kilograms of glass debris. 52 of the obtained beads were subjected to chemical analysis with the help of techniques with hard-to-pronounce names: mass spectrometry with inductively coupled plasma and energy-dispersive x-ray spectroscopy.

The analysis not only confirmed that the composition of HLHA glass has no analogues in Egypt, the Middle East, the Eastern Mediterranean and Asia. Also, a completely new LLHA composition was discovered, in which there is little calcium carbonate, but a lot of aluminum oxide. She also did not meet in the world centers of production of this material. In addition, sodium salts, a common marker of glass imported to Africa, were not found in the investigated beads.

The study of the discovered crucibles showed that both types of glass, HLHA and LLHA, were manufactured simultaneously in the same technological tradition. Most likely, they were made from local granite sand with the addition of dyes rich in manganese, iron, copper and cobalt oxides (MnO, Fe2O3, CuO and CoO). The difference between the two varieties was that in the first case limestone was added to the raw materials.

The proof of the local origin of the HLHA variety discovered in 2006 is very important. It was also found elsewhere in West Africa, which means: African communities of that era actively exchanged finished products and / or technologies. Meanwhile, the production of glass in Igbo Olokune dates back to the 11th-15th centuries of our era.

This study added a new important knowledge to the treasury of information about the ancient and developed cultures that existed in their time on the globe. In the end, the population of Europe is only 10% of the world. And with all our love for Rome, Greece and the Renaissance, their radiance should not blind us and distort the true picture of the cultural development of mankind.