In ancient Angkor they found a stone statue 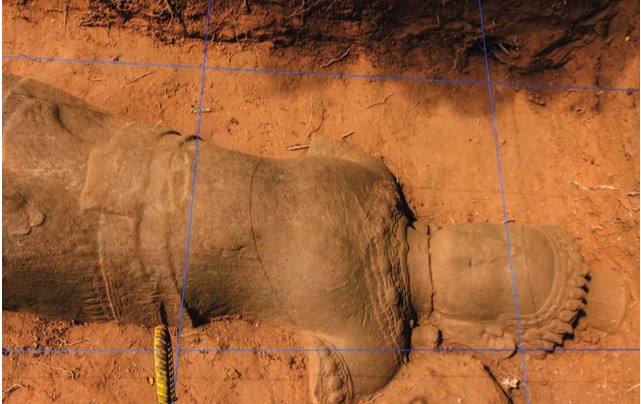 Cambodian and Singaporean archaeologists working in the region of the ancient capital of the Khmer Empire of Angkor in the current Cambodian province of Siem Reap, on Saturday extracted from the 40-centimeter layer of land a two-meter statue of a security giant standing 800 years ago at the gates of the Angkor hospital

The statue, according to preliminary estimates dating back to the XII century, was the first major item found in Angkor for 6 years. In 2011, near the site of the Sabbath find, two large Buddha statues dating back to a later time were discovered.

The statue was found in a new excavation laid on Friday at the northern gate of Angkor Thom, built in the reign of Angkor Emperor Jayavarman VII, who made this city his capital. The rule of Jayavarman VII is known to historians, as time of large-scale social programs. Including, it was on the orders of this monarch in the country, which at that time included the territory of present-day Cambodia and significant sections of modern Laos and Thailand, 102 hospitals were built. The dominant religion at that time in Angkor was Hinduism, and therefore most of the found stone statues of that period depict Hindu deities. 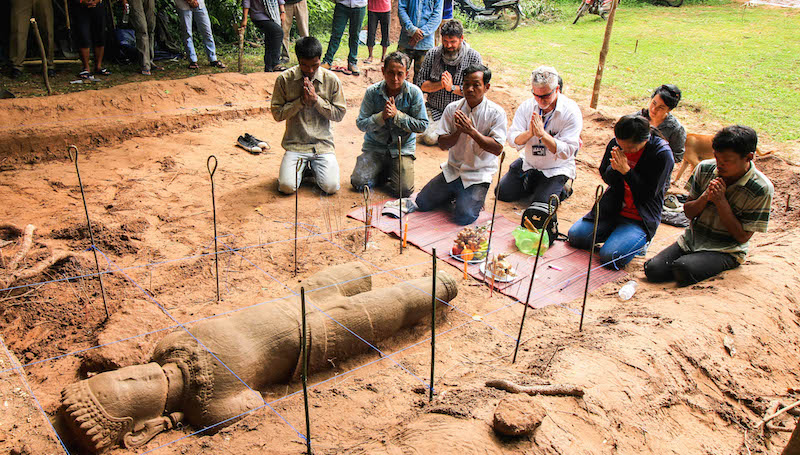 The found statue of the guardian demon is distinguished by an elaborate carving on the stone and is of great historical value, even though it lacks parts of the legs and hands

Large finds in the park are a rarity, as many statues and bas-relief carved from stone were plundered from Angkor Wat and Angkor Thom from the late 19th century to the first decade of the 21st century: during the French colonization and during the relatively recent wars And shocks, especially during the reign of the Khmer Rouge in 1975 – 1979, when the protection of historical monuments was not a priority for the Cambodian authorities. Currently, many of the artifacts of Angkor, found in museums in Europe and the United States, are returning to Cambodia.