In Ancient Egypt, mothers were more important than fathers 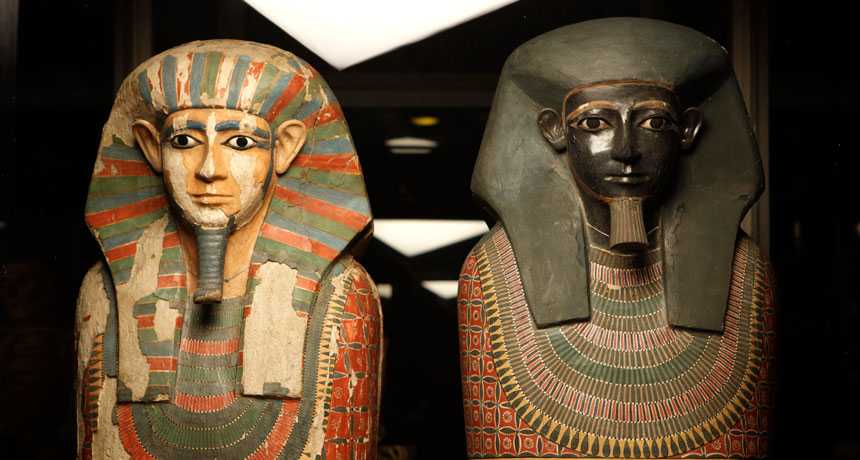 Two residents of Ancient Egypt, who until now were considered brothers, were relatives only by their mother. This circumstance indicates that the social status in Egypt was inherited on the maternal line, scientists believe.

Two Egyptians, whose mummies were discovered near the village of Reef in 1907, lived in the era of the twelfth dynasty and died between 1985 and 1773. BC. e. The inscriptions on the wooden sarcophaguses, in which their mummified bodies lay, mention a woman named Khnum-Aa, the mother of both men, and a man-a local ruler who, according to the ancient text, fell into both brothers’ father.

In an article published in the Journal of Archaeological Science: Reports, archeologists from the University of Manchester prove that the men were only half brothers. It was possible to establish this on partially reconstructed DNA, extracted from the teeth of mummies.

Suspicions of incomplete kinship of men arose earlier because of differences in the structure of their skeletons, especially skulls. In 2014, the analysis of mitochondrial DNA caused geneticists to suggest that even the mothers of the “brothers” were different, but later the methodology used by the authors of the study was recognized as too imperfect to draw definitive conclusions.

Historians believe that the discovery of British geneticists may indicate a greater than generally accepted role of women in Egyptian society. The nebulosity of mentions of the fathers of the brothers can be explained by the fact that they both had a lower social status than the mother – Khnum-Aa. “Perhaps the power was passed on in Egypt to the 12th dynasty on the maternal line. The child did not necessarily inherit the social status of his father, “one of the authors of the study, Egyptologist Campbell Price (Campbell Price), believes. This hypothesis is confirmed by other written sources, in which the names of the rulers of Egypt and of the ordinary inhabitants of Egypt are mentioned together with the names of their mothers.