In ancient Iran had a “great wall” 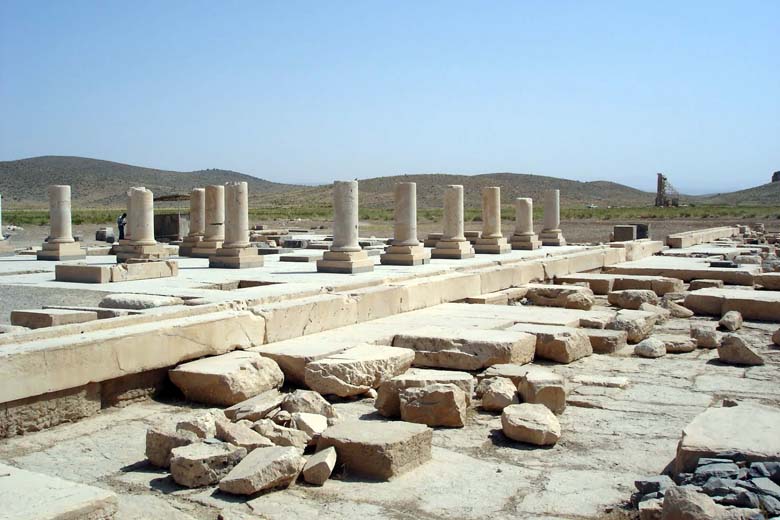 Hundreds of historical artifacts discovered by the Iranian archaeological expedition in the heart Pasargada – the ancient capital of the Achaemenid.

One of the main finds of archaeologists, the 20-kilometer defensive wall. All the finds of Iranian scientists belong to the middle of the first Millennium BC. With respect to the amount of work excavation and analysis of finds will continue until the end of this winter. Ancient fortification discovered in Fars province in the town of Murgab, this was stated by the head of the archaeological research group Hamid Reza Steering.

In the same area, archaeologists have found around 300 ancient tombs and water channels of the Achaemenid era with a total length of over 80 kilometers, according to Iran today. During the excavations the archeologists found the prehistoric, historic and Islamic period, and ancient quarry, which produces building materials for construction Pasargada. Now, scientists have a lot of work in processing and streamlining data obtained: they plan to make a plan and a map of the area, spend the Dating of artifacts to document the discovered architectural monuments.

“The area in which currently conducts research the world heritage Centre Pasargad, one of the most important points for many ages it was the site of various historical events,” said Kurmi.

Previously, when conducting research in this area focused on the study of the public buildings of the ancient capital. Therefore, according to Kermi, infrastructure Pasargada and houses of ordinary people is little studied, although they are of particular historical value. Archeologists expect the research results to compile a comprehensive geographic information system (GIS) of the district of Pasargadae.

Pasargad (Pasargad) – extinct ancient Iranian city, the first capital of the Achaemenid Empire, founded in the year 546 BC Cyrus the Great. Pasargada is 87 km from Persepolis and 130 kilometers from Shiraz. The main attraction of the ancient capital is the tomb of Cyrus the Great. Historians believe that in the year 330 BC, it was visited by Alexander the great.