In ancient times Stonehenge was moved from Wales to Wiltshire 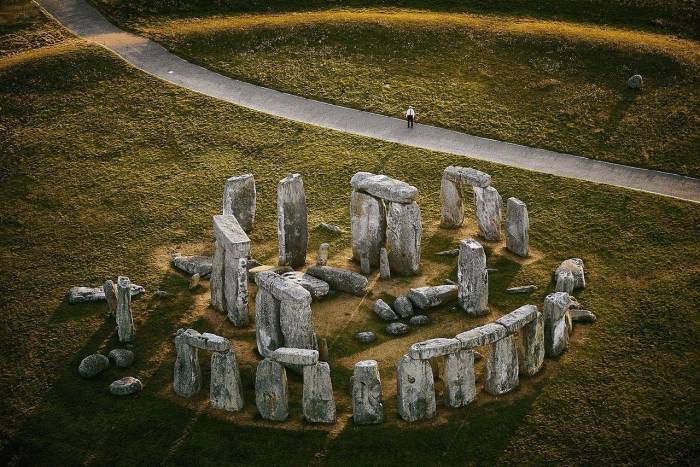 Archaeologists from the UK suggested the most likely, in their opinion, the reason for the transfer of the monument to Stonehenge from Wales to Wiltshire (its current location).

The reason for moving the monument, as noted by archaeologist Mike Parker-Pearson of University College London, have become cultural considerations. Most likely, the monument was transported ancient Welsh because, according to the scientist, he was a “physical manifestation of the ancestors”.

According to archeologists, the territory of Wales the use of Stonehenge had a ritual purpose, in particular for the graves of people. Not being able to transport the remains of their ancestors, Welsh took the decision to relocate the monument itself.

In may, archaeologists have described the method of moving huge stones that comprise Stonehenge, and conducted an experiment. On the transfer of the stones for the monument from Wales to Wiltshire became known in December last year. Stonehenge was built four or five thousand years ago. The most severe of its stones weigh 30-40 tons. The question about the purpose of the monument among the archaeologists and anthropologists still considered open.

Scientists have long wondered how the ancient builders moved huge blocks of stone to Stonehenge. Conducted by experts at University College London experiment showed that this process was not as difficult as previously thought.

Currently, it is known that the blue stones for Stonehenge were brought from quarries in the mountains in Wales. The distance between these two points is about 220 km. Previously, researchers assumed that to push large stones so far – the problem is intractable.

In order to understand how difficult it was to transport the blocks, a group of enthusiasts from University College London has created maple wooden sled, which put on the birch log. According to some scholars, it was so in ancient times it was taken to the Stonehenge stones. In experiment was used a stone weighing about a ton. Experts have found that in order to push a boulder on logs, enough for 10 people. They can drag it for five seconds at 3 meters, which, according to scientists, fairly quickly.

Blue stones of Stonehenge weigh over 2 tons, so efforts to transport them it took a little bit more, but it is quite solvable problem, say the participants of the experiment.