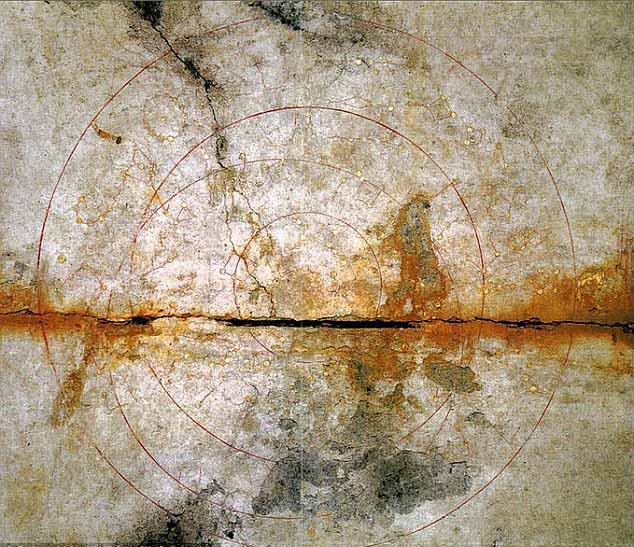 According to the researchers, the sky map drawn on the ceiling of an ancient tomb in Japan may be the most ancient and mysterious map, found to this day. It is located near the village of Asuka Japanese prefecture of Nara, in the tomb Keator.

Any visitor to this incredible place will notice the beautiful and colorful images of the four main figures: black turtle, created in VII or VIII century guards the northern part of the burial hill, red phoenix guards the southern part and the white tiger and blue dragon guarding the west and east. This “magical” place was found in 1983. Since its discovery by researchers many discoveries were made, but none of them can not be compared in importance with this mysterious star map.

The roof of the tomb was decorated with an unusual way. It shows a celestial map of the 68 constellations drawn paint gold color. Three concentric circles drawn by vermilion, show the movement of celestial objects, one of which is the sun.

Scientists believe that ancient sky map was completed about 65 BC. e., and it is based on a different map, which has not yet been found. It is believed that the remains of the local prince found in the tomb.

Despite the fact that around a mysterious map has a lot of strange images, the researchers think that it displays ancient constellations as they were in the Chinese skies in the distant past. One of the greatest mysteries is the fact that the map shows the night sky I century BC. e., at the tomb belongs to the VII century BC.

Scientists have managed to identify 68 constellations, including the Pleiades, Hyades, Virgo, Libra, Orion and the Big Dipper. Curiously, they were even able to calculate the vernal and autumnal solstice after the discovery of the map.

It continues to be a mystery how ancient man could so accurately portray all the constellations, and for what purpose, writes earth-chronicles.ru

“It should be noted that this painting was intended to highlight resting in the tomb of a personal” place “in space. It is not designed to predict the fate or the observations of the stars, and the original map, from which it was copied, has not yet been found.

On the map there are clear graphics and astronomical errors, to a certain extent explains the lack of understanding of the basic principles of astronomical artist. ”

But experts still can not understand why the map, showing the starry sky I century BC. e., it could be used if the tomb belongs to the VII century AD. 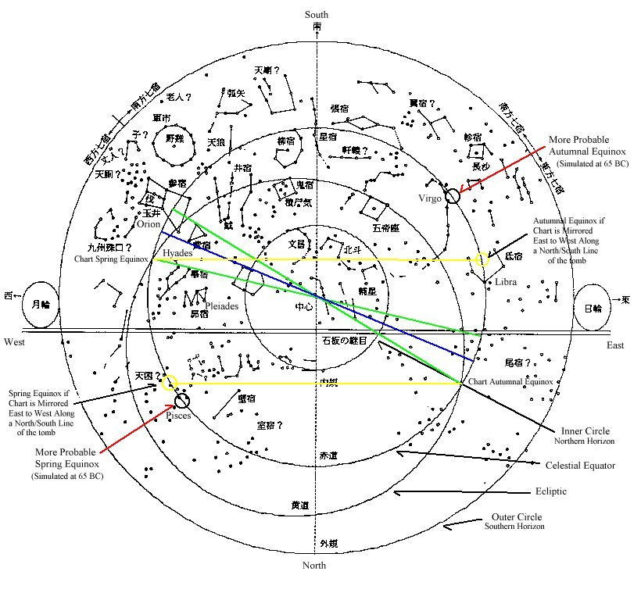 sky plot shown on the map, too, surprised scientists. Studies conducted by independent researchers Mitsuru Nakamura, Soma (Mitsuru Nakamura Soma) and Tsuki (Tsuko), found that the firmament with paintings in the tomb, was seen in the field of modern cities of Xi’an and Luoyang. However, the complexity of the picture – the theme of an entirely different story.

They also found that the map shows the heavens as they appeared several centuries before the construction of the tomb Keator, but differ in the exact number of years. Soma says that the map shows the sky visible between 240 and 520 year BC. e., and Nakamura insists that it corresponds to the position of stars in the interval from 120 to 40 BC. e.