In Argentina, found the eggs of dinosaurs 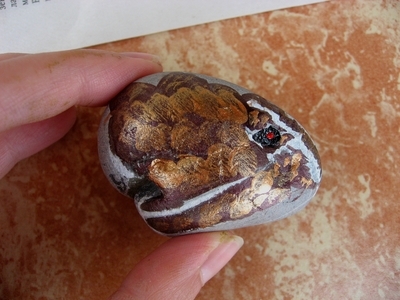 Dinosaur eggs were found in the Neuquén province of southern Argentina, their age is 70 million years.

Inside the eggs, remains of embryos of dinosaurs were preserved. As the head of the department for the protection of the cultural heritage of Neuquén Claudia Delia Negra told, this discovery is of great importance for scientists. “They completely research the embryos, and it was already possible to analyze the embryonic skin and teeth,” she noted. According to her, eggs have reached our times in good condition due to the fact that the locality where they were found was once a swamp, which was then buried beneath volcanic sediments.

A dinosaur’s nest was accidentally found by a local shepherd near the settlement of Aguada-San Roque a few years ago, but the scientists reported the find only now. As noted by the researchers, this is not the first such discovery in the province. In 1997, scientists also managed to find the remains of unhatched ancient reptiles.

As noted by Delia Negra, in the area where eggs were found, regularly find nests of dinosaurs, as well as the remains of animals that destroyed them. She expressed her hope that in this place it will be possible to create a paleontological park that will preserve this zone for the next generations. In addition, according to Delia Negra, the park can become a popular tourist attraction and create new jobs in Aguada-San Roque.