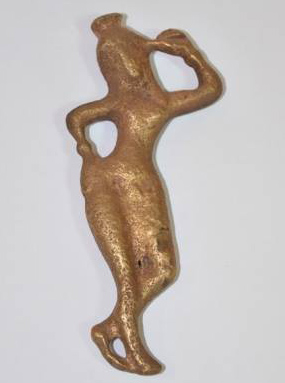 Also during the transfer of the artifacts found last year during expeditions in the Narimanov, Ikraninskiy and Krasnoyarsk districts of the region, were found jewelry made of silver and semi-precious stones, fragments of ceramic vessels, bronze plaques and patches, fragments of belt sets of the early iron age and around 30 coins from the middle ages. Of particular interest was the personal items: a large bronze mirror with a handle, lug, bronze tweezers and a thimble.