In Australia have discovered the most ancient cave paintings 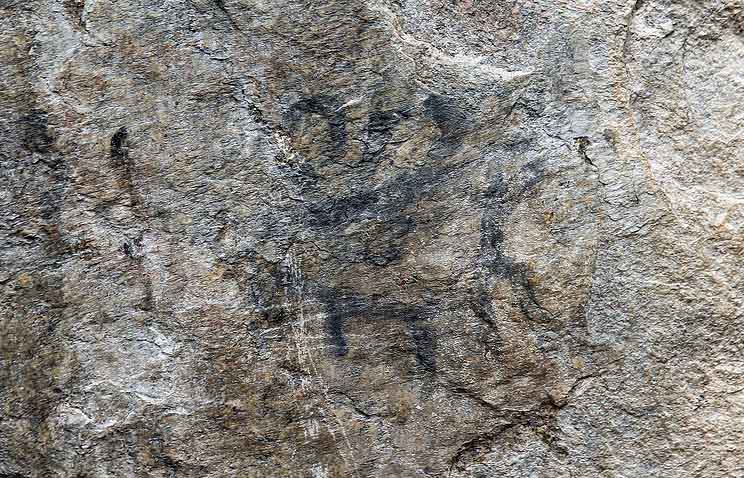 Australian scientists believe that cave paintings in caves located in the North-West of the continent of the Kimberley region may be the most ancient on the planet.

Using photoluminescent Dating we established that the pattern on the ceiling of one of the caves was created at least 16 thousand years ago, told reporters Professor June Ross, who is continuing for more than three years the work of the scientific expedition of the University of New England.

Photoluminescent Dating physical Dating method based on the determination of the point in time when the mineral last time was in the light.

However, 16 thousand years is a minimum, since this time we have dated not the picture itself, and fossils of wasp nests that appeared on the surface much later, ” she said. – Therefore, the picture was probably created much earlier.

Ross recalled that the first traces of human presence in Australia dates back to around 56 million years ago, and in 2014 were discovered samples of ancient rock art in a cave on the Indonesian island of Sulawesi, which is at least 39 thousand years.

We believe that the figures in the Australian caves were created by people who had moved to Australia on boats from neighbouring Indonesia, said the archaeologist. – The Strait between Kimberley and Indonesia during the ice age was very narrow.

Still considered the most ancient rock paintings in one of the caves of Spain, which about 40 thousand years, ” recalled Ross. – As was previously discovered traces of human presence on the coastline North-West of Australia, left at least 36 thousand years ago, and cave paintings in Sulawesi were created even earlier, we hope that in the future using new methods of Dating will be able to beat the Spanish record.