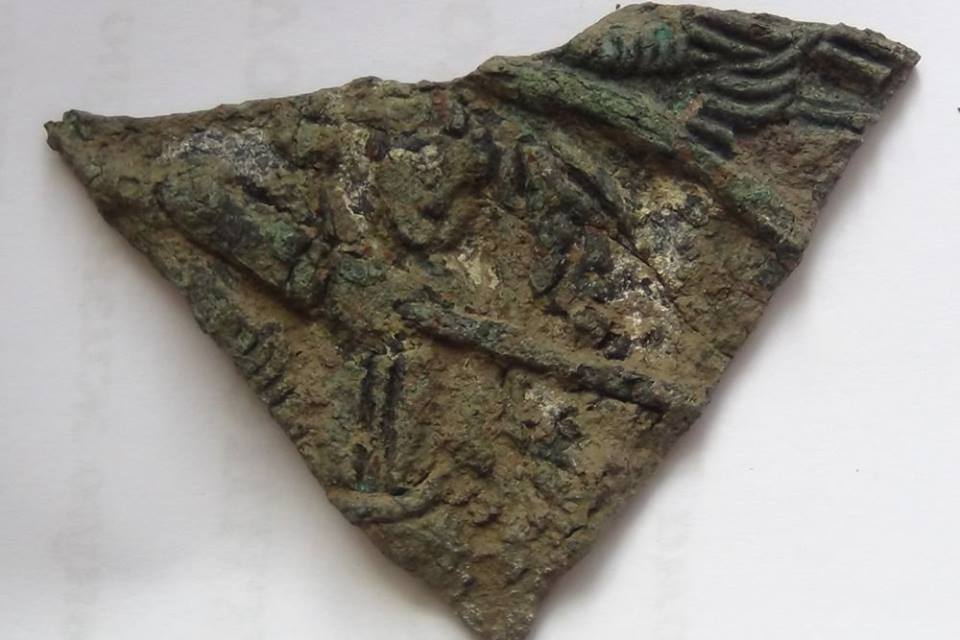 In Azov, archaeologists discovered fragments of a mirror from the 14th century depicting the royal hunting in Persia. The artifact was discovered in an excavation near the historical center of the medieval family Azak.

– Scenes of royal hunting were extremely popular in medieval Iranian art. The descriptions of the royal hunting have been repeatedly described in the Iranian epic “Shahname”, processed by Firdousi. Even after 1000 years, the kings of the Sassanid dynasty continued to shoot arrows in deer and hit the lions with a lance on the products of Iranian art, “says Andrei Maslovsky, head of the archeology department at the Azov Museum-Reserve.

He noted that a few years ago in Rostov-on-Don, during excavations in the burial mound of a nomad of the XIV century, a whole mirror was found cast in the same foundry. It depicted scenes of royal hunting. The Persian king, sitting on a horse, strikes with a spear of a lion. In the other hand, he holds a shield. The second lion attacks the horse, and the mythic phoenixes hover over the battle.

– Original Chinese and Persian mirrors on the territory of the Golden Horde are extremely rare, therefore the fragment found in Azov is unique, – considers Andrei Maslovsky.