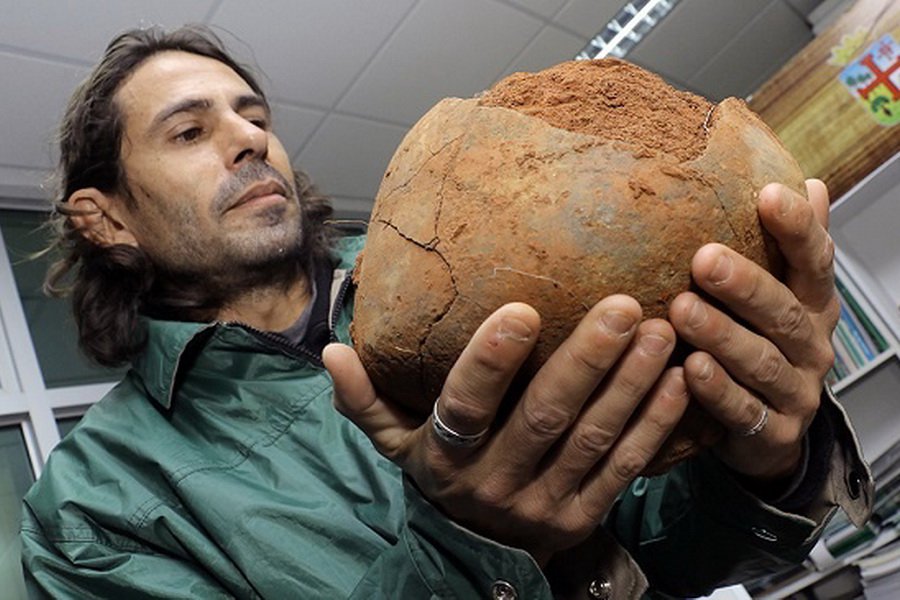 Archaeologists have discovered the remains of 1100-year-old woman in Bolivia, close to the modern borders with Argentina, Paraguay and Brazil, in a place where traded among themselves people of culture the Tupi-Guarani and the indigenous tribes. The find was discovered by residents of the community of El Soto in the southeastern province of Chiquitos of the Department of Santa Cruz.

Found bones that supposedly belonged to a young woman lay in the fetal position and, unlike other such discoveries, were in a ceramic urn.

Near the place where was found the 1 100-year-old remains were discovered a variety of artifacts, including ceramics, shells and semi-precious stones of lapis lazuli. According to the researchers findings point to the existence of thousand-year settlements Tupi-Guarani, whose inhabitants traded with other Nations, as the field of blue stones of lapis lazuli is Chile.

The remains of a young woman and archaeological artifacts were found by local school pupils at the time of planting the school garden. After that, the local authorities have invited experts to determine whether the objects have a historical value.