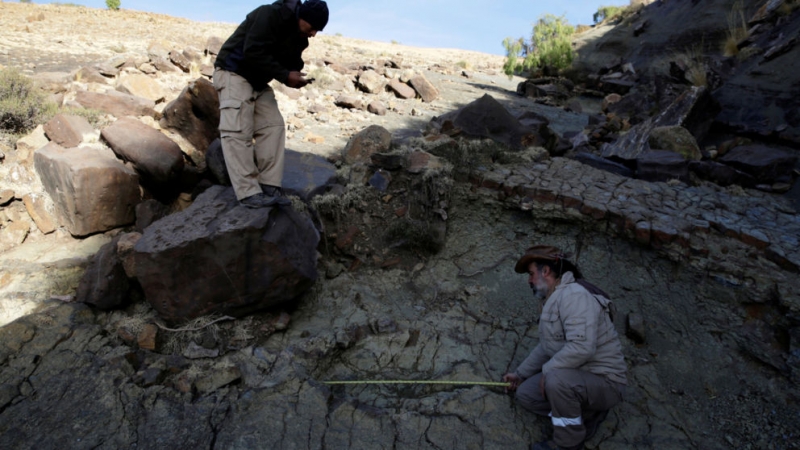 Giant footprint made by a giant carnivorous lizard about 80 million years ago discovered in Bolivia. The width of the paw print long-dead dinosaur — 1.2 meters. This is one of the largest dinosaur footprints found in history.

The imprint of the feet probably belonged to abelisaurus, bipedal dinosaur that once roamed South America, said Argentine paleontologist Sebastian Apesteguia. Trail found in 64 km from the Bolivian capital Sucre travel guide. Soft clay area near Sucre is well known for numerous tracks and fossilized skeletons of abelisaurus, which were previously found in the region.

“The trail more than others, which we here found,” says Apesteguia. — A record-sized footprint of a carnivorous dinosaur from late Cretaceous period in South America”. Paleontologist believes that the growth of the reptiles when he reached 12 meters.