In Britain found a skeleton with a stone in his mouth 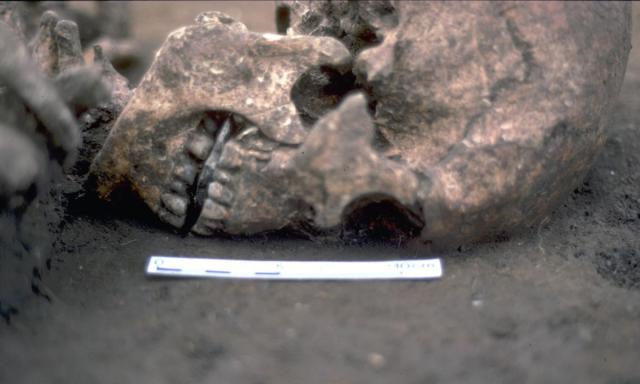 British archaeologists found in the County of Northamptonshire in the cemetery of the Roman skeleton, which in the area of language was a flat stone.

People were buried face down, which may indicate a fear that was experienced by his contemporaries in front of him. Perhaps in this way they tried to prevent the dead to rise again.

The burial was discovered in the town of Stanwyck from the river Nene in 1991, but the remains have been studied until now. Scientists have dated the burial of the III – IV centuries ad, According to British researchers, this burial is unusual for Britain. 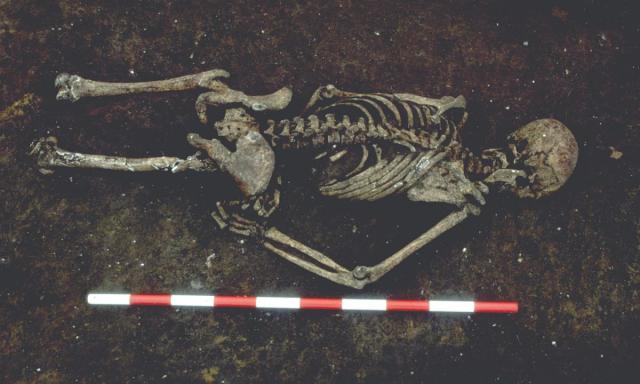 Experts suggest that the man was about 30 at the time of death. According to one version, the person could be suffering from a mental disorder during a seizure it might damage your tongue. Under the second assumption, the man was thus punished. So the Germanic tribes had the practice of cutting the tongue those who spread false allegations against other people. Was there a similar practice in Roman Britain is unknown, but one can assume that deprivation of language as a form of punishment could be used in this area. Scientists will need to conduct additional study of the bones to find out the truth. If a man had his tongue cut out, there’s a good chance that he could get an infection, traces of which can be detected on the bones.