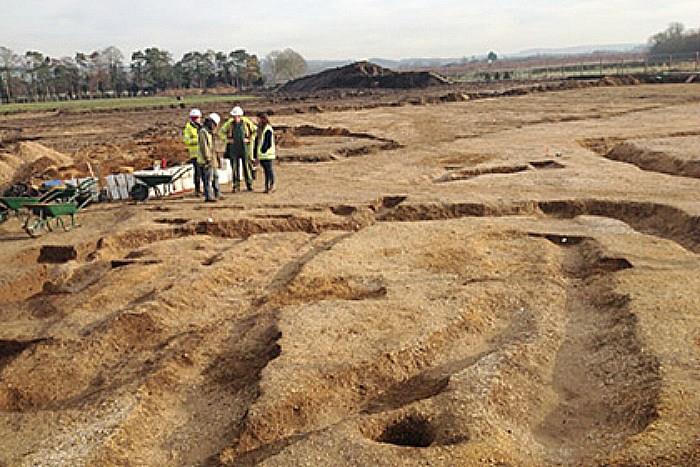 In a small British town, archaeologists discovered graves, whose age was estimated in two thousand years. In the ancient graves found the remains of 150 people with personal belongings. Apparently, it was a cemetery of soldiers.

Archaeologists have discovered in the small English town of mounds 75 square shape, which was an ancient cemetery of the warriors. Scientists believe that the burials belong to the iron age and represent an important discovery for science.

In the burial chambers were found on various household items, jewelry of the era. Among the found artifacts were present weapons in the form of swords and shields, as well as brooches, bracelets, pots.

Interestingly, earlier in Britain, was discovered a settlement built in the bronze age and well preserved to the present time. According to archaeologists, the ancient settlement relates to 1000-800 BC