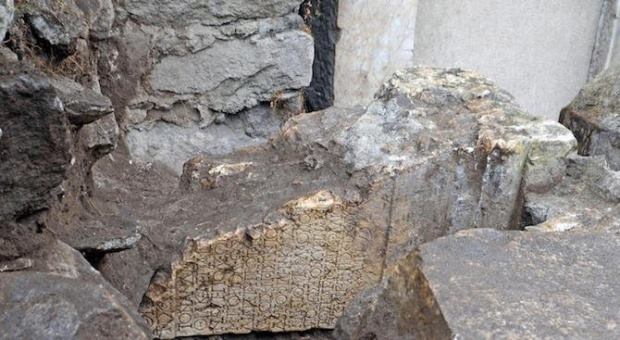 When building a new road in the area of ​​the village of Izgrev Blagoevgrad region, builders discovered an ancient antique fortress. A bulldozer that removes the top layer of the earth, stumbled upon large stone slabs with metal fasteners dating from the Roman period of 3-6 centuries AD.

The construction of the road was stopped and the place of the find was called by archaeologists who found out that the territory of the fortress occupies the entire hill near the cemetery in the Bulgarian village of Izgrev.

Historians and archaeologists are very pleased with the find, because there was no guessing about the existence of an ancient fortress before that time. The Ministry of Culture of Bulgaria sent a request for the creation of a commission to study the object and register it as a cultural asset.