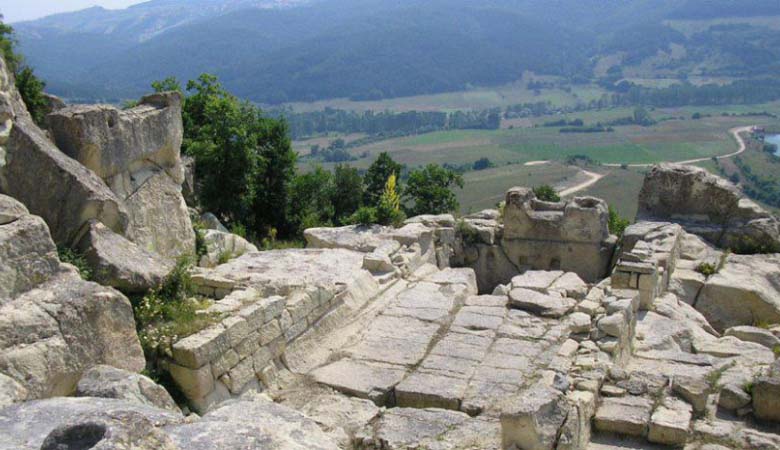 The early Christian Church (IV-V century were discovered during excavations of the ancient city of Perperikon in Bulgaria. About the opening of said excavation Director, Professor Nikolay Ovcharov.

“In Perperikon was located the largest in the Balkans Basilica. The length of the temple, which was located in the southern part of the walled city, is 25 meters”, — said the scientist. N. Ovcharov said that the temple was built of well-treated stone blocks and decorated with bunk colonnade.

Basilica in the original version existed until VII century, later rebuilt several times. In the XII century in the reconstruction, the building was reduced to 13 meters in length, and in the XIV century in its place was a Acropolis,” — said the archaeologist. N. Ovcharov added that the excavations were also found in 25 tombs, which will be explored in the coming days.

The history of Perperikon has at least 7 millenniums. The ruins of the Thracian fortress town located 250 km from Sofia and in the Rhodope mountains. The land on which 17 years are active excavations, has an area of 12 sq km Archaeologists have found here more than 17 thousand coins and 100 tin seals from the Byzantine period, many other valuable artifacts.

Perperikon is an important tourist attraction in Bulgaria, just last year it was visited by over 250 thousand tourists.