In Bulgaria found a sign with pictograms by age 7,000 years 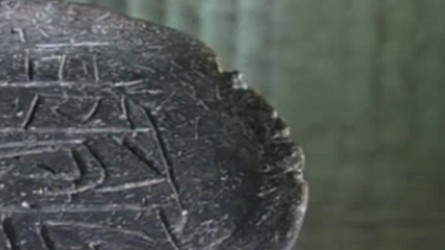 Bulgarian archaeologists have discovered during excavations of the ancient settlement of clay tablet with pictograms. The age of the artifact is more than 7 thousand years. The find was made in the village Riben.

According to the archaeologist Vladimir Popov, the sign precedes the Sumerian and Egyptian writing that were younger than two thousand years.

As said Popov, the detection of signs is proof that the written form of information transmission originated in the Balkans and in Bulgaria. Only in this region, archaeologists have discovered approximately 120 of such artifacts.