In Bulgaria was found the oldest gold jewelry 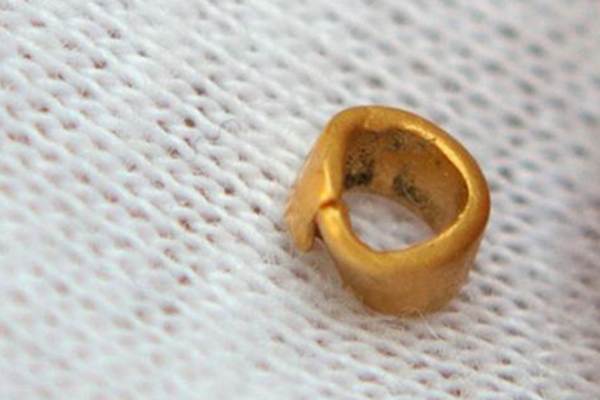 In Bulgaria found a gold bead age-6500 years old is the oldest sample of human processed gold on Earth.

The latest discovery was of the ancient owners of the previous record, also from Bulgaria — jewelry from the Varna necropolis, discovered in the years 1972-1991 near the black sea city. Even then, the Varna gold put scientists in a deadlock: it is unclear how farmers, a few centuries ago (in the late fifth Millennium BC) migrated to the Balkans from Anatolia, learned to smelt copper and gold.

Open just a gold bead adrenal the era of the Balkan gold for a hundred years. It was discovered in mid-July in the Parking lot tell the It is near the town of Pazardzhik. At this location, according to Bulgarian archaeologists, was the development of the urban settlement — perhaps the first in Europe. Except gold jewelry, they found hundreds of ceramic figurines of birds, as well as fragments of the city wall.

Excavations at tell the It been conducted since the 1970-ies. Along with the Varna necropolis, it is considered part of the “lost” civilization of the Balkan copper age (Chalcolithic). According to scientists, it is different from the developed trade routes, manufacture of metals and the world’s oldest written language (if the patterns on the plates of Gradesnica will be symbols for words or sounds).