In Canada, found a 900-year-old arrow with a copper tip 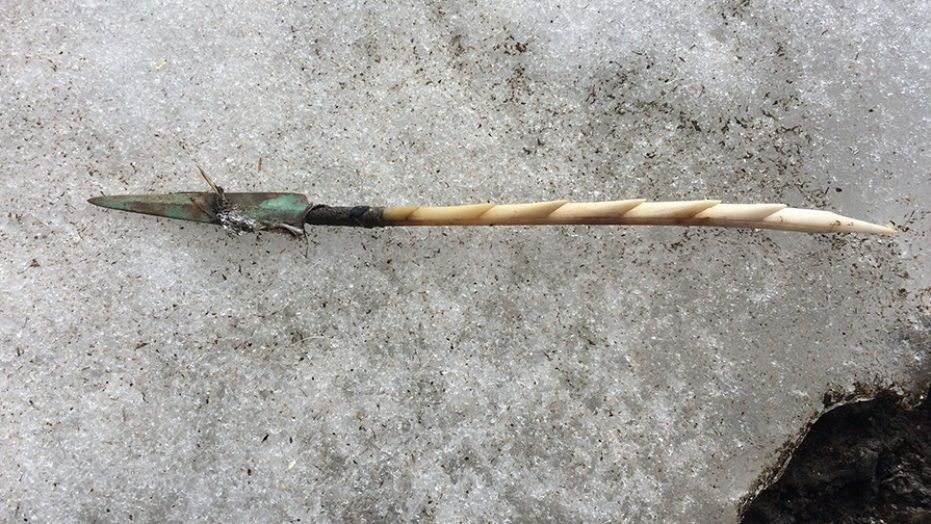 A rare copper arrowhead, discovered at a remote Canadian peak, has been there for nearly 900 years, argue the archaeologists.

The arrow with a perfectly preserved tip was found protruding from an ice block on the Yukon in Canada. The find, made in 2016 on an unknown mountain, surprised the experts.

“It was discovered at the top of a snow-covered mountain in the south-west of the Yukon,” said Yukon archaeologist Greg Hare. “It was an incredible discovery, we really were not going to be on this stretch of the road that day.”

Archaeologists traveled on two helicopters with a documentary film crew when they spotted a caribou deer on the ice ground on which they were about to land.

Instead, the helicopter landed on a small nearby stretch of snow, where the senior archaeologist of the project Christian Thomas quickly noticed the arrow. “While we were there, we thought we’d look around for a while, and within five minutes Chris discovered this massive prickly object sticking out of the ice sheet,” Hare said.

The weapon was sent to the laboratory of the University of Ottawa AE Lalonde for radiocarbon dating, where it was determined that he was about 850 years old.

Archaeologists found about 250 items when the ice layers were melted in the Southern Yukon, almost all of which were bows and arrows or throwing darts.