In China, found a dinosaur with rainbow plumage 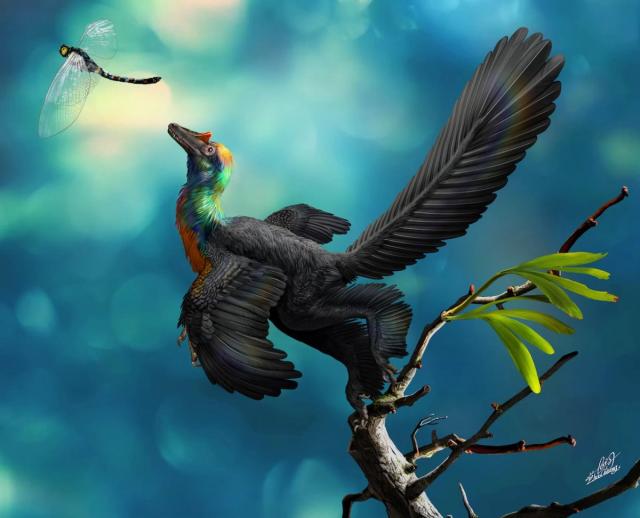 In China, paleontologists discovered the remains of a dinosaur that lived 161 million years ago, which was distinguished by its iridescent feathers. The remains were found by a farmer in Hebei Province in 2014.

Overflowing with all the colors of the rainbow, feathers covered his head, wings and tail. The dinosaur, called Caihong juji, was about the size of a duck. Establish the color of the creature was after analysis of the structure of melanosomes – organelles, affecting the pigmentation. Such a study became possible due to the very good preservation of the dinosaur. The analysis was carried out using a scanning electron microscope. 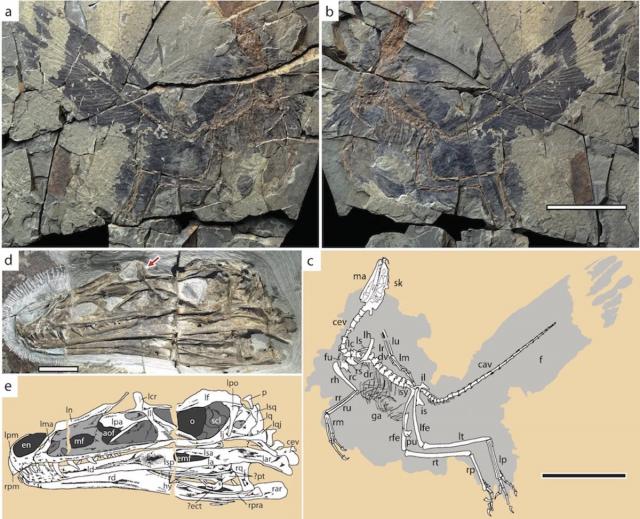 Caihong juji is not the only known dinosaur with iridescent feathers. Earlier in China, the remains of the four-winged dinosaur Microraptor were found, which also had a similar feathering. However, Microraptor lived 40 million years later than Caihong juji.

According to the researchers, Caihong juji could not fly. Probably, he used feathers to attract females and to maintain heat.