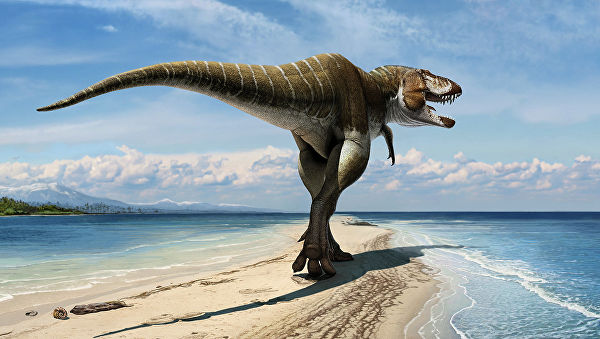 Scientists first discovered in China a fossilized footprint of a tyrannosaur.

The find was made in the eastern Chinese province of Jiangxi by paleontologists from China and the United States.

According to the available information, the track has a length of 58 cm and a width of 47 cm. It was found during the construction of a road in Ganzhou city. Experts say that this is one of the largest dinosaur tracks that have ever been found in China.

Presumably, the find relates to the Late Cretaceous period, which began 100.5 million years ago.