In China, found an ancient mummy 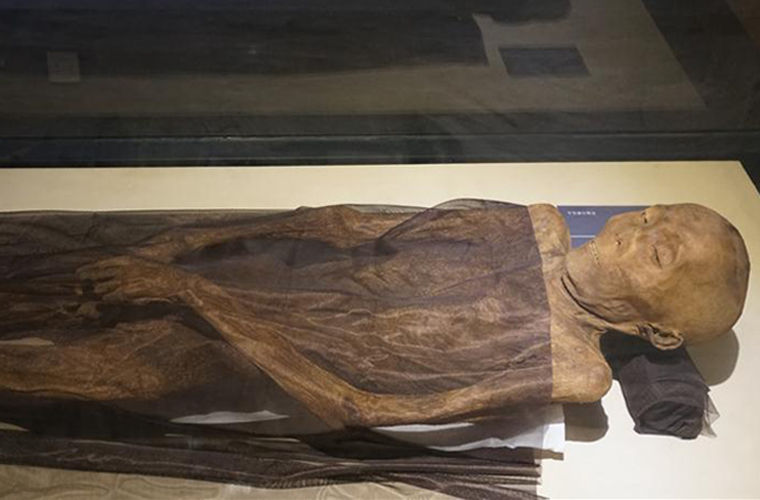 During the construction in the village of Man’ai in Qinghai (North-Western China), there was a mummy of a man who lived about 1700 years ago.

It was decided to send the remains to the Ethnology Museum of the Haysi-Mongolian-Tibet Autonomous Region. The body was in good condition, despite the fact that it is probably the oldest mummy found on the Qinghai-Tibet Plateau.

The body of 1.62 m is beautifully preserved remains of skin and hair. The man, presumably, died at the age of about 40 years. His face looks calm, and his arms are crossed on his stomach, Xinhua reports.

Archaeologists will conduct a DNA analysis to determine the ethnicity and personality of the man, said Xin Feng, adding that the mummy was found among the dried reeds, along with the body were found bedding from dyed fabric, horse hooves and sheep bones believed to be funerary Attributes for representatives of the upper strata of society at that time.

Mummies are usually formed in a very dry environment, which prevents the decomposition of the body. The route of the ancient Silk Road, where the mummified remains were found, was not so lively – traders chose it to avoid possible conflicts in the corridor of Hasi – a much more famous route.