In China, found an ancient tomb with looms 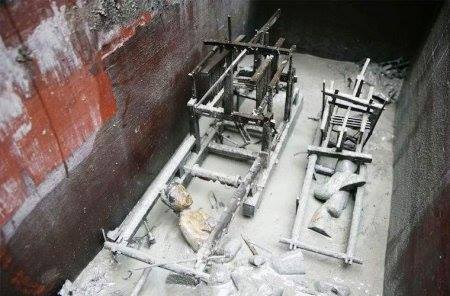 Archaeologists have discovered in China an ancient tomb with looms, whose age is more than two thousand years.

During excavations in the vicinity of the Chinese city of Chengdu, archaeologists found in an ancient tomb loom. According to experts, the age of the find is more than 2000 years. The machine has a miniature dimensions of 85x26x50. Experts believe that the tomb belonged to a Chinese woman from a noble family, who died at the age of 50.

In addition to the machine in the burial were found unique ancient objects and adaptations for weaving. Currently, specialists are studying the finds.