In China, found the city of the Han era which is more than 2 thousand years 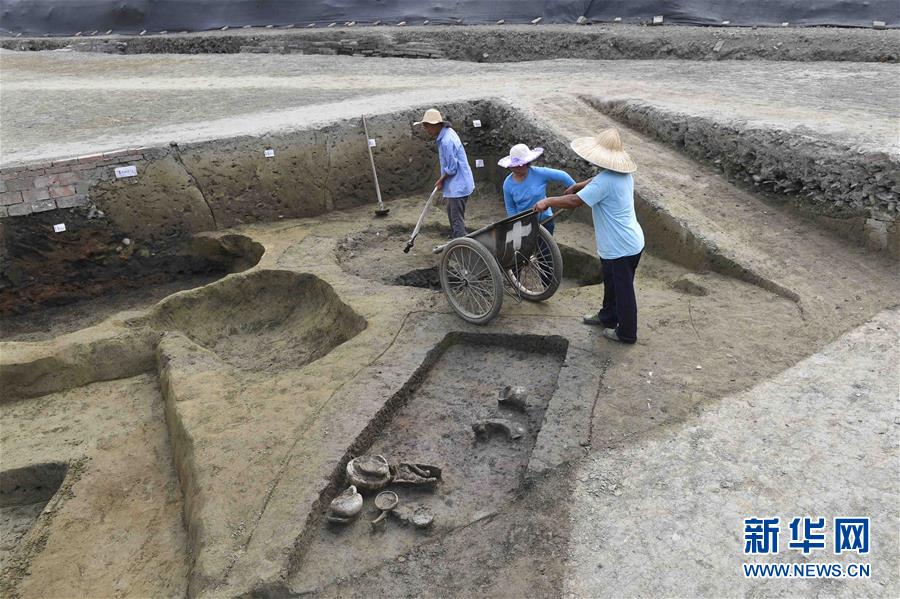 Chinese archaeologists have discovered the well-preserved ruins of a city 2 thousand years old in the province of Sichuan in southwest China.

Specialists of the Chengdu Cultural Relics and Archaeological Research Institute have discovered the ruins of houses, stoves, wells, ditches with water and sewers along with clay utensils during excavations near the village of Zhilu in the suburb of Chengdu, the capital of Sichuan Province. The finds were made during excavations from June to October 2017.

Hieroglyphs were drawn on the two-handed jugs taken to the surface, which proves the fact that it was a settlement of the level of a small town. The excavated area occupies about 600 square meters. km. Prior to excavation, the terrain was used for farming.

“For the first time, we discovered antiquities with hieroglyphics on the territory of a small town of the Western and Eastern Han Dynasty (202 BC – 220 N. O.) on the territory of Chengdu,” said the researcher who led the excavations by the name of Yang Bo.

Archaeologists also discovered the splinters of the roof of the “luxury horse-drawn carriages” near the road four meters wide, which means that the town was prosperous, Yan said.

The town could later be abandoned in the later years of the Eastern Han dynasty and suffer from a variety of different injuries in a later era, added Ian.

The beautifully preserved relics of the Han Dynasty are rare in China, they note archeology. The site of excavation in the village of Zhilu is an excellent evidence of an era that will help to study the life, way of life and production of residents and the level of cultural development of that era, experts note.

Recall that earlier in the village of Zhengxin, near the capital of Sichuan province, Chengdu city, a huge accumulation of ancient burials of the Han dynasty, which are also a rarity, was also discovered.