In China, found the fossilized footprints of a gigantic foot 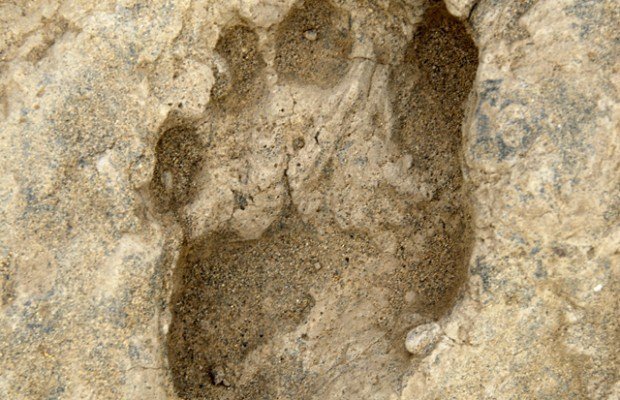 In the southwestern part of China, in the province called Guizhou, discovered fossilized footprints of the giant legs, like a human. 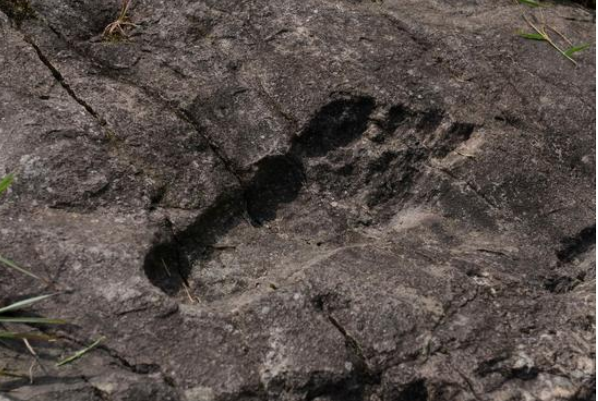 Found ancient footprints of tourists who on August 24, were in the South-Western part of China. The group of researchers was attended by the photographers who managed to capture the foot print on stone which is situated near the village of Pinyan. 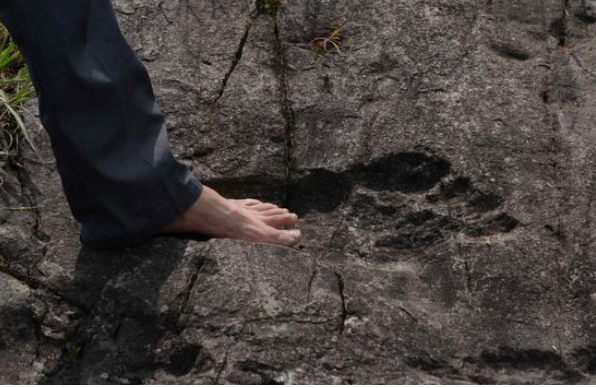 The size of the foot prints more feet of modern man more than 2 times.