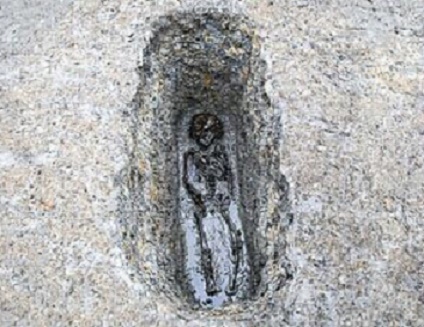 Archaeologists have studied the remains found in the summer of 2017 in southwestern China in Guizhou Province, and concluded that they belong to a child up to two years old, who lived about 11,000 years ago.

In 2016, in the Guiyuan area, Guizhou province, archaeologists discovered almost 40 caves in which artifacts were found, some of which date back to the Paleolithic era. In July 2017, scientists in one of the caves burial with human remains.

Now archaeologists have dated the burial – it turned out that its age is 11 thousand years and, perhaps, this is the oldest burial found in Guizhou province. In addition, researchers from the Provincial Institute of Cultural Relics and Archeology conducted a DNA analysis of the remains and found out that they belonged to a child up to two years of age.

In addition, the researchers found in the cave stone tools from the Paleolithic and Neolithic, as well as bone products, including those intended for hunting. The found artifacts will help scientists to learn more about the history of settlements of ancient people in Guizhou.

In 2016, archaeologists discovered in China a burial site from 2400 to 2800 years old. In the burial, scientists found the skeleton of a European male, who died at about the age of 35. Under his head was a pillow made of reeds, and his body was covered with a peculiar shroud of cannabis.