In China, we found rock paintings that are older than 1000 years 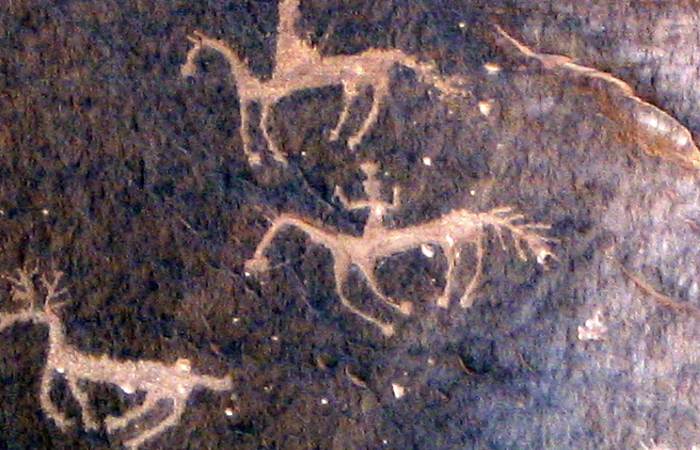 Archaeologists from China found a large number of rock paintings older than 1 thousand years in the mountains of Insane on the territory of the Autonomous region of Inner Mongolia (Northern China).

According to the head management of the cultural heritage of khoshun (administrative unit), Urad-Junzi city district Bayan Nur, Liu bin, among the figures is dominated by the image of hunters and various animals – sheep, camels, elk, tigers, wolves. Age finds, according to experts, more than 1 thousand years. Scientists note that the preserved image surprisingly well.

Archaeologists believe that the drawings on rocks were made by the representatives of the ancient nomadic tribes, the descendants of which is the modern Qiang people, living now mainly in Sichuan province (southwest China).

Mountain Insane is very rich in ancient rock art. To date, scientists have examined and described more than 10 thousand drawings in the region. One of the most important finds were made in 2012, when archaeologists discovered the image age more than 4 thousand years, including a diagram of the Big dipper.