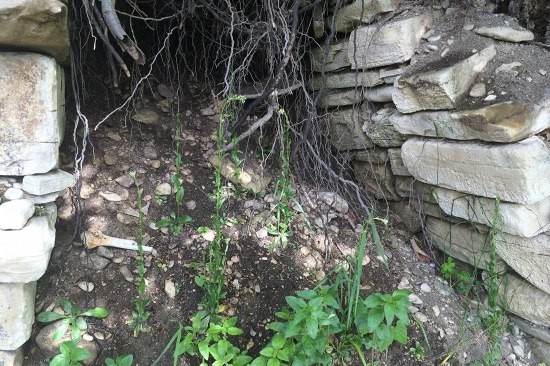 In kazbekovskiy district of Dagestan, discovered a medieval crypt with the remains of four people, including children. Scientists believe that the estimated age of 1200 years of burial.

According to the preliminary conclusions, which are based on the features of the burial rite (collective burial in extended position) and structures (stone tombs), and, of course, on the nature of the preserved collateral inventory (pottery, weapons, jewelry), shows that we are dealing with archaeological funerary monument (burial ground) Dating from the second half of the I-th Millennium BC, it might be closer to the turn of the Millennium.

On his page in social networks, the archaeologist, senior researcher, Dagestan scientific center, Russian Academy of Sciences Rabadan Magomedov has shared his impressions of the trip to the village of Almak Kazbek district, near which was found burial. According to the scientist, several such tombs.

“It seems that the ancient graves to no end! They are much more than revealed in spassiba to the river the slope areas. This is evidenced in numerous typical pits – indentations on the turfed plots of river terraces and steep slope.”

As for the last found by the inhabitants of burial, the archaeologist described it as an impressive structure with a length of 3 meters, a width of 1.1 meter and about the same height.

“The chamber tomb is rectangular in shape and oriented along the line East-West. The front doorway is decorated on the East side. The overlap of the tomb consists of 4-5 powerful stone slabs with smooth surface. Ceiling and walls are damp, wet. Floors of earth, rammed. The Northern half of the floor free, net; on the southern half of the crypt, along the longitudinal walls are rubble of several human skeletons, including children, and in the center of the chamber is elongated, head to the entrance lies a perfectly preserved skeleton of an adult. He probably belongs to a woman talking about this the wide opening of the pelvis, and thin tubular bones,” wrote on his page Magomedov.

Other sepulchral structures, was found nearby, according to archaeologists, were the worst of preservation and smaller size. All of them are revealed after landslides and erosion.

“In the village we were shown some items tailored by local people is iron utulity the tip of the dart, carnelian and faience beads, metal trims on strap and miniature teardrop-shaped pendant, as well as krasnolistnye jugs and pots.”