In Egypt, found a 4-thousand-year-old head of a wooden statue 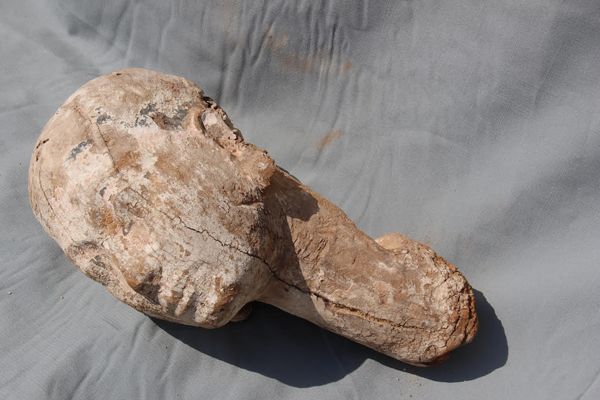 A group of French and Swiss archaeologists discovered the head of a wooden statue of the Egyptian queen Ankhnesmerira II (6th dynasty, about 2350 BC). A fragment of the statue was found near its pyramid at Saqqara.

the wooden head of the Egyptian queen
According to archaeologists, the head of the statue retained its natural proportions. Its height is about 30 cm. The ears are decorated with wooden earrings. 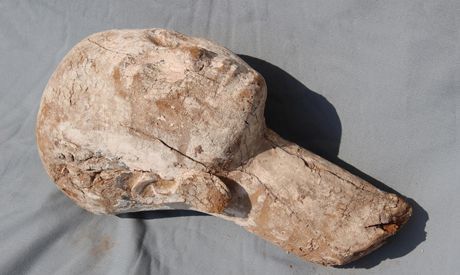 The head was found to the east of the pyramid near the pyramidion, discovered this week.

Previously, scientists found the upper part of the granite obelisk belonging to the funeral temple of the queen.

Preservation of the head is not very good. It will be transferred to the restoration.