In Egypt, found a mummy with a gilded mask 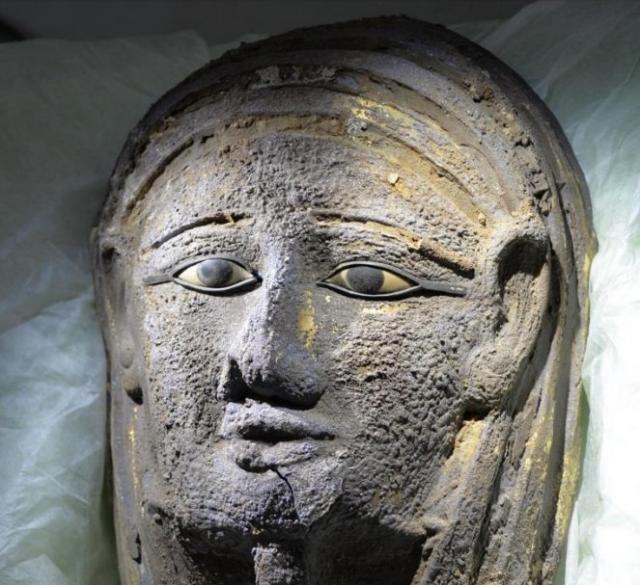 A group of scientists from the University of Tubingen discovered during the excavations in Egypt the mummy of a priest with a gilded mask. The find was made in Saqqara. Scientists dated the burial of 664-404 years. BC.

The mask was found in a large funerary complex, which has been excavated since 2016. The analysis of the mask showed that it was made of gilded silver. The eyes of the mask were created from calcite, obsidian and black onyx.

According to archaeologists, the discovery of such a mask can be called a sensation. At the present time, an extremely small number of such finds are known. Their rarity is due to the fact that in ancient times, many graves were looted.

The mask covered the face of the mummy, which was in a wooden sarcophagus. Its safety is not very good. In ancient times, the image of the goddess Nut was painted on the sarcophagus, as well as the name and title of the deceased. 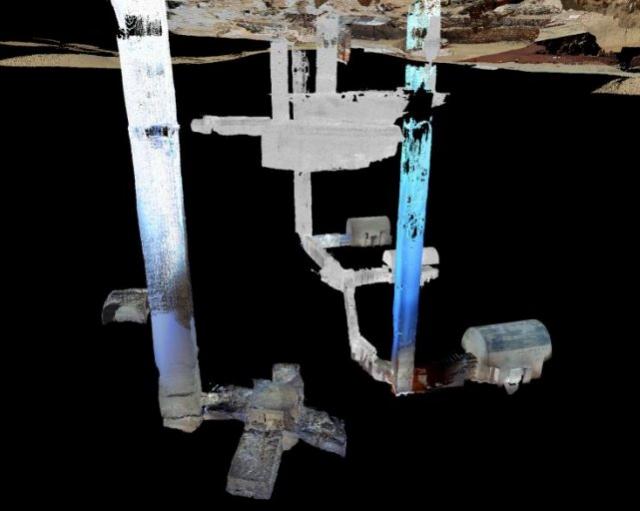 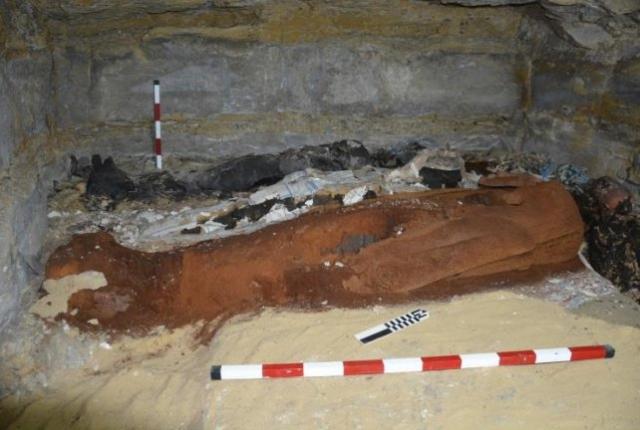 The complex, which was excavated by scientists from the University of Tubingen, consists of several tombs-mines, some of which go to a depth of more than 30 meters.

At the top of one of the main mines, archaeologists discovered the remains of a rectangular structure built of mud brick and limestone blocks of irregular shape. Apparently there was a mummification of the bodies of the dead. In this room were found two reservoirs used to draw moisture from the body with sodium carbonate and wrapped with strips of tissue. In the cell, scientists discovered various bowls and measuring containers with the names of oils and other substances for mummification.

The room for mummification was connected to a large shaft in the center, which was used for burial. Several cells were intact. In them, archaeologists found not only mummies and sarcophagi, but also a large number of ushabti figures, as well as alabaster vessels, where the internal organs of the deceased were located.

The use of modern methods, including laser scanning, helped scientists to compile a three-dimensional map of the complex.